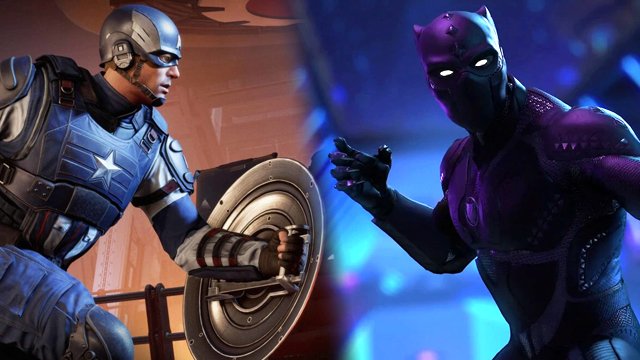 The new Marvel game being worked on by ex-Naughty Dog creative director Amy Hennig and her new studio Skydance New Media is rumored to be a co-op story featuring Captain America and Black Panther as they fight their way through Hydra.

According to @MCUStatus, which proved an accurate source of the upcoming Fantastic Four film’s director before the official announcement, the game being made by Amy Hennig’s new studio is set during WW2 and will feature Captain America and Black Panther.

The pair of Avengers are rumored to be joining forces in the fight against Hydra, an evil organization that both movie and comic book fans will be familiar with.

We have heard the new Marvel video game from Skydance Media will be a WW2 set adventure featuring Captain America and Black Panther. The duo will face off against the forces of Hydra. pic.twitter.com/nHizdcLm3S

Confirmation of what exactly Amy Hennig and her new team have been working on should be provided in the next few days. The game is expected to be revealed during the D23 expo which is taking place through September 9-11.

The game had previously been described as a “Marvel ensemble game,” leading fans to assume that it would focus on a team of heroes like the Fantastic Four. However, as we now know from the rumors of Captain America and Black Panther banding together, an “ensemble” can just mean a duo.

The only other officially confirmed details about the game are that it will be a AAA “narrative-driven, blockbuster action-adventure game.” It will also have “a completely original story and take on the Marvel Universe.” Therefore, don’t be expecting MCU heroes to pop up voiced by Chris Evans and Tony Stark!

In other PlayStation news, new Overwatch 2 heroes will need to be unlocked through a Battle Pass. Crystal Dynamics now owns the Tomb Raider and Legacy of Kain franchises. PS5 didn’t launch with the folders feature because Sony was determined to avoid crunch.

God of War Ragnarok Has Over 60 Accessibility Options