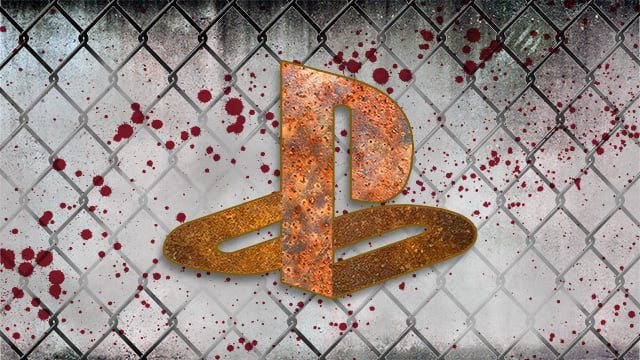 PlayStation has been bringing us some of the best horror games for five generations. The selection of terrifying tales is so wide that it’s tough narrowing down what the scariest games on PS1, PS2, PS3, PS4, and PS5 are. Our picks below all had us sleeping with the lights on at one point, and we’d love to hear your choices in the comments below.

Video game horror came into bloom with the fifth generation of consoles, and the PS1 is filled with experiences meant to terrify unsuspecting players. Konami’s Silent Hill remains chilling to this day, but upon its 1999 release, it delivered an unprecedented psychological horror experience.

Harry Mason’s search for his lost daughter continues to be a masterwork of lighting and sound. Dark corridors and oblique camera angles obscure and disorient players as the screeching of a broken radio crescendos, heralding the appearance of the next creepy entity in our path. It’s a game that is still worth playing today, though it’s challenging to get ahold of since Sony changed how the PS3 Store works last year.

There’s a point where the surreal and bizarre blend to become a unique form of scary. Planet Laika exemplifies this with its odd but compelling story of a team of astronauts sent to investigate issues with a Martian colony. The weird part is that all the “humans” have dog heads because of some war against the Martians. Also, the main character, Laika, has Dissociative Identity Disorder, and you’ll have to use their three personalities, Ernest, Yolanda, and Spacer, to solve puzzles and try to survive the absolute wackiness you’ll encounter in this game.

Planet Laika is one of the hundreds of wonderfully imaginative, unique games for the PS1 that never made it outside of Japan. Fortunately, a team of fans came together to produce an English patch which was released earlier this year.

Silent Hill 4: The Room deviated from the formula seen in the first three by making a single room the game’s focal point. Sure, you’ll visit quite a few locations through the strange hole in your bathroom, but Henry’s apartment is the beating heart of this game. Team Silent deserves praise in managing to keep such a small space unnerving over multiple hours.

It’s strange that Capcom is struggling to make a decent Resident Evil multiplayer game because it got it right way back in 2004 with Resident Evil Outbreak. This game and its standalone expansion, File #2, perfectly translated the classic RE experience into a multiplayer setting that up to four players can enjoy.

Outbreak is exhilarating because everyone is free to do what they want. You can group up, or each player can go it alone, and you’re not forced to work together. That means every playthrough is a different experience. You might find zombies are the least of your worries if one of the survivors is only out for themselves.

We don’t have long to wait for the Dead Space remake, but the original is still worth playing. It’s the perfect blend of action and puzzle-solving and is one of the few games that manages to be scary while still giving the player plenty of tools to defend themselves.

Runner-up: The Evil Within

Though it was directed by Resident Evil creator Shinji Mikami, The Evil Within is more reminiscent of Silent Hill. The unreal world of the asylum is foreboding and oppressive, and formidable enemies frequently give you a feeling of helplessness. This was one of the PS3’s swansongs and gave a great taste of survival horror during a time that the genre had an identity crisis.

The Playable Teaser for Silent Hills is scarier than most full games. It tells a self-contained story of the murder of a pregnant woman by her husband, which unravels through a surreal trip through the same hallway over and over.

When Konami canceled Silent Hills, it also delisted P.T. Fortunately, if you downloaded it before, there is a workaround to reacquire it. Otherwise, you’ll have to experience it through YouTube or a fan remake.

The Dark Pictures Anthology has been a mixed bag, but the first entry was horror gold. Exploring the abandoned freighter, Man of Medan, you’ll find many a ghastly sight, and no character is safe from the reaper. The many possible permutations of the story give this a lot more replayability than most horror games. It even has multiplayer so that you can enjoy the spooks with a loved one.

P.T. inspired many developers, and one of the most successful spiritual successors is Visage. It also takes cues from Eternal Darkness with its sanity meter. The main rule in the game is to avoid the dark. Staying in the dark too long will lower your sanity, triggering supernatural events. Lose too much sanity, and an entity may gain enough power to manifest and kill you. It’s a constant fight to replace light bulbs and find lighters and candles to keep the darkness at bay.

The thing that makes Observer so chilling isn’t the murders you’re investigating but the environment itself. Krakow, Poland, in 2084, is a bleak place, and the rundown tenement building you explore is filled to the brim with sad stories. Body horror abounds here, and you’ll feel a constant dread as you trudge from apartment to apartment, trying to find your missing son.