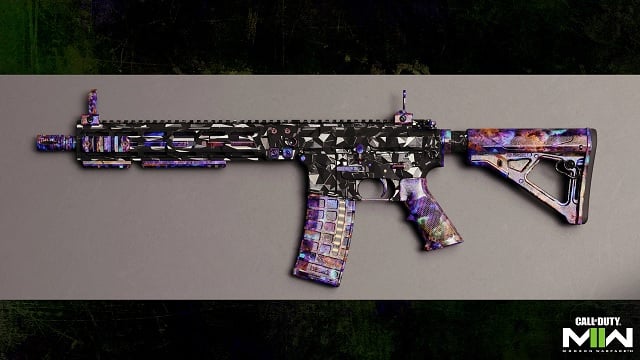 Modern Warfare 2 will have a revamped weapon camo system for multiplayer, at least according to the latest data leaks anyway. Several of those camos have been leaked ahead of an official reveal. While some camos have been revealed in full, others are only referenced briefly, such as the references to Call of Duty: Modern Warfare 2 anime camos that could be appearing in the game soon.

The possibility of Call of Duty: Modern Warfare 2 anime camos and tie-ins

References of Modern Warfare 2 multiplayer anime camos were found by data miners according to Charlie Intel, but the specifics of these camos is unknown at the moment. They could hint towards tie-ins with anime franchises like Attack on Titan in the future, but take the rumor with a pinch of salt for now.

In the meantime, Infinity Ward has confirmed the weapon camo system has been streamlined for Modern Warfare 2. Weapons that can be altered in Gunsmith will have four base camo challenges while non-Gunsmithable weapons will have just a single challenge. Once a base camo has been unlocked, it can be used by any weapon. There will be more than 180 base camos to unlock from the outset with more confirmed to be added later. Mastery camos — Gold, Platinum, Polyatomic, and Orion — then become available once all of a weapon’s base camo challenges have been completed.

Whether the anime skins will be part of the additional base camos or whether they will be Premium skins remains to be seen, although it’s likely to be the latter if we’re honest.

EA Goes Digital Only in Germany, Austria, and Switzerland