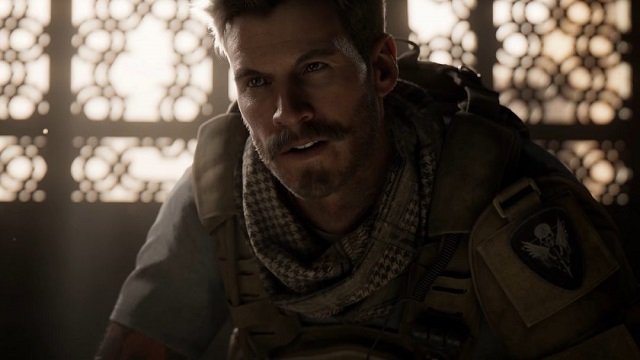 Many are expecting Infinity Ward to reveal their next Call of Duty title soon, rumored to be COD Modern Warfare 2, after all of their social media channels went dark. While on the surface there appears to be no new information until the reveal, eagle-eyed players have noticed an image of a figure believed to be Ghost hidden amongst the new backgrounds.

Will we hear about the new Call of Duty soon?

Infinity Ward hasn’t really used their social media channels much of late. They last posted on Twitter in mid-February, so they’ve already been silent for two months. A change in profile picture and banner, both to a seemingly solid black image, has only just happened today according to ModernWarzone. Their Facebook page is in a similar state. Meanwhile, as noticed by CharlieIntel, the developer’s Instagram channel doesn’t appear to have any posts anymore because they’ve been hidden.

Going dark is a phrase commonly used to describe those who leave social media, often because they don’t want any distractions. It’s not common for anyone to take that literally. However, eagle-eyed players have noticed that the dark background image isn’t completely dark. After the brightness was increased by Carson Kelly, the image instead appears to show a figure in a modern building, and the figure is thought to be Ghost. You can see the enhanced image below courtesy of Tom Henderson.

The image used for the profile picture also changes if the brightness is increased, although that one is just a sample of the image above and shows nothing new. The enhanced images seem to suggest a COD Modern Warfare 2 reveal could be coming soon and players are not expecting Infinity Ward to stay silent for much longer.

In other news, Borderlands 3 will soon be getting full cross-platform play. This means players on PS5, PS4, Xbox Series X|S, PC, and Google Stadia can join forces to cause mayhem in Pandora. Elsewhere, the new Playstation Plus tiers will be launching earlier than initially planned in certain regions.

Playstation Sexism Lawsuit Dismissed But It’s Not All Over Yet