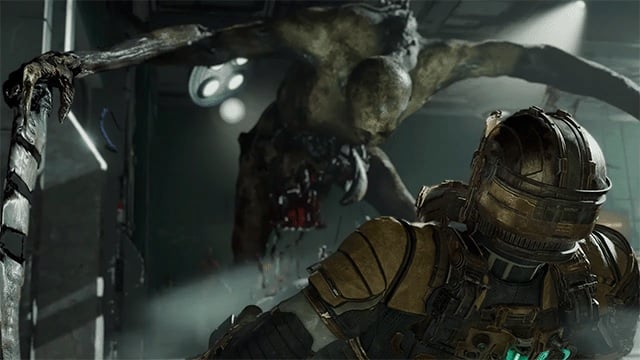 EA Motive nearly decided to make Dead Space Remake “far more impactful” for players by removing the pause button completely but decided against it in the end. The original version of the game already has a reputation for making players feel vulnerable, and it seems like this was just a step too far.

Horror games are meant to terrify their players, yet the pause button gives a brief moment away from the danger to gather their wits once again. EA Motive’s Realization Director Joel MacMillan explained to Inverse how removing the pause button would help to create a “far more impactful” experience:

In horror games, you can pause and you have a moment of safety there. You can take a breath. And I think you get a reprieve from that. It deflates some of the tension. But with persistent online games, you’re playing with dozens of other people, and you can’t just pause everybody’s game.

I think removing that as a feature would make horror games far more impactful — You would truly feel like you’re never actually safe.

MacMillan went on to explain how he personally prefers to have a pause button available as “I still tend to get jittery when I play these games,” and it seems like this was the common consensus amongst the team. The idea to remove the pause button was ultimately turned down.

Dead Space already keeps players on the edge of their seats seeing as the action around them never stops while visiting stores or checking maps, objectives, and inventory, always leaving them vulnerable to attack. At least those that want an even more “frightening, on-the-edge-of-your-seat, anxiety-ridden experience” can still refuse to use the pause button and the option is there for those who need it.