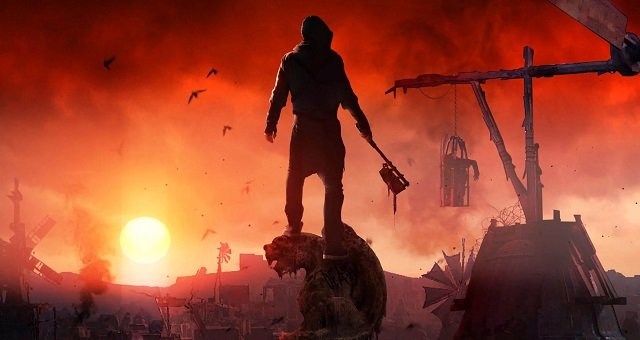 Techland is best known for its Dying Light and Dead Island franchises, but it seems like its next game will be heading in a completely different direction. The developer is currently hiring for dozens of positions in a Techland team working on an “unannounced AAA open-world action-RPG in a fantasy setting“. 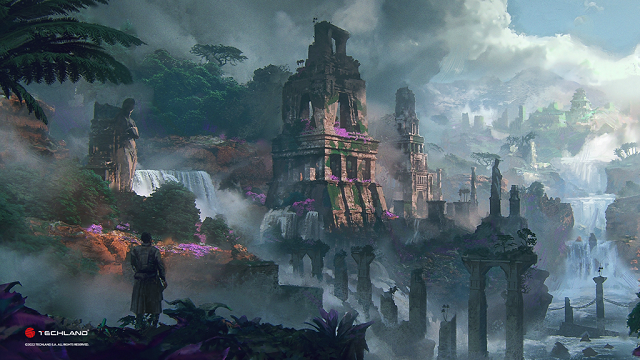 Little is known about the unannounced “AAA open-world action-RPG in a fantasy setting” from Techland apart from the solo concept art image that shows a lone robed figure gazing at ancient overgrown ruins sitting amidst a fork in a fast-flowing river. Techland CEO Paweł Marchewka explained how we will see more about the game “when the time is right”:

We’re very happy with what we have accomplished with the Dying Light franchise so far. Moreover, our journey with Dying Light 2 Stay Human has only just begun as we plan to support this game for at least 5 years, with its scope and size matching, if not exceeding, what we have provided our community with during post-launch support for its predecessor. At the same time, our ambition is to introduce a brand new IP that is vastly different from what we have been doing for the past several years. We want to create a fully next-gen experience. A new fantasy epic set in a sprawling open world, fueled by the skills and experience we have gained as a team over the years, infused with new ideas, passion, and creativity. While we cannot share more details about this project now, we’re all truly invested in it and looking forward to showing it to gamers when the time is right.

The team creating the game features many ex-CD Projekt Red developers, such as Narrative Director Karolina Stachyra who wrote the Bloody Baron questline in The Witcher 3: Wild Hunt, as well as working on The Witcher 2: Assassin of Kings. Arkadiusz Borowik will be the game’s Narrative Lead and has also worked on The Witcher 2 and The Witcher 3. Other notable team members include Open World Director Bartosz Ochman (Cyberpunk 2077, The Witcher 3), Lead Animator Kevin Quaid (Horizon Zero Dawn), Lead Game Designer David McClure (Deathloop), and Creative Director Mario Maltezos (Mad Max, Prince of Persia: The Sands of Time). Those wanting to join the team can check out the open positions.

In other news, Bloober Team has refused to comment on the Silent Hill 2 rumors but is hoping to reveal more about their current projects fairly soon. Elsewhere, three new PS5 console cover colors are due to be released next month.