Home Gaming Elden Ring Sold Most of Its Copies on PS5 and PS4 in the U.S. 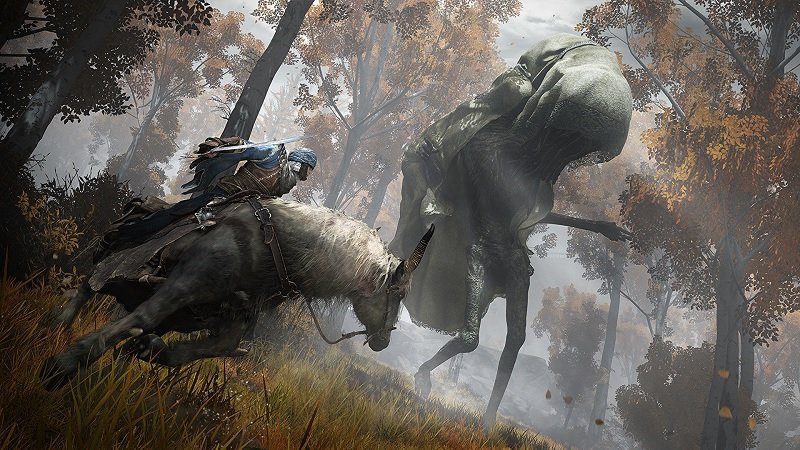 Elden Ring PS5, PS4 versions sold most of the game’s copies in the United States but not by a wide margin, according to NPD’s Mat Piscatella. It took FromSoftware to release its highly-anticipated game to finally unseat Call of Duty as the best-selling game in the country – a record no other game has broken in ages. This feat is particularly impressive because we’re talking about sales over the last year, and Elden Ring had only been in the market for two months at the time of NPD’s report whereas Vanguard released in November 2023.

Xbox Series X/S is gaining ground in the U.S. but PS5 is still in the lead, and considering the massive install base of the PS4 versus Xbox One, it’s understandable why Elden Ring sold more copies on PlayStation platforms. Additionally, Sony has a lengthy history with FromSoftware so PlayStation users have an affinity with the studio’s games. Since NPD doesn’t share sales breakdowns, we don’t know how many copies of Elden Ring were sold on PS5 and PS4 versus Xbox Series X/S and PC.

PlayStation is lead in the US, but not by a wide margin.

Given Elden Ring’s success, we’ll be surprised if DLC/expansions aren’t already in the works. FromSoftware’s parent company Kadokawa did hint at upcoming DLC in its latest financial report but declined to comment further.

In other news, rumor has it that the next PlayStation event is scheduled in the first week of June, and Sony has signed a license and distribution agreement with rumored Silent Hill developer Bloober Team.

Alan Wake Remastered Has Yet to Make a Profit