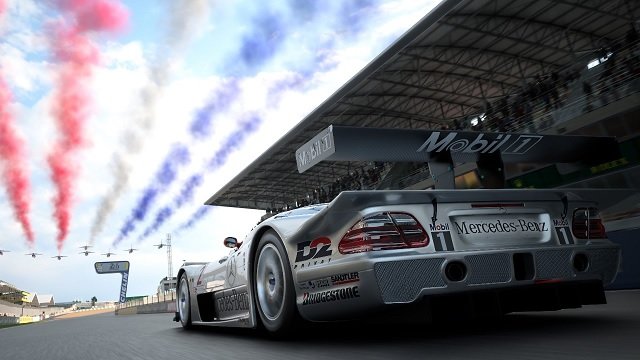 Polyphony Digital has rolled out Gran Turismo 7 update 1.11, and as promised, it increases rewards and credit payouts for completing certain events. The game came under fire last month for lengthy outages and stingy credit payouts, which were further nerfed when players found a farming loophole. Unrelenting players then switched to credit farming scripts as Gran Turismo 7 got review bombed, prompting Polphony Digital to tender an apology and promise adjustments. Well, the first of those updates has arrived. 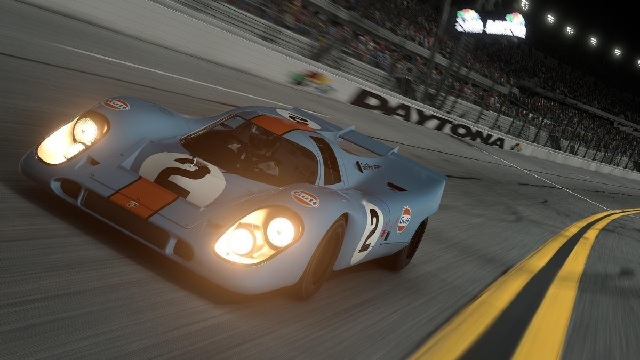 Players will now receive rewards for clearing circuits in Gold or Bronze, and the amount of rewards in Lobbies and Daily Races has been increased. Additionally, a 1-hour endurance race ‘The Human Comedy’ has been added to missions, which offers up to 1.2 million credits per event. The race will become available for players who reach Collector’s Level 23. Elsewhere, the maximum cap for earned in-game credits has been increased to 100 million.

Full patch notes are as follows:

2．Circuit Experience
– Rewards are now provided when clearing all layouts of circuits in Gold or Bronze results. If you have already achieved these results, going into the sector selection screen and exiting with the Exit button will award the prize.

3．Lobby / Sports Mode
– The amount of rewards in Lobbies and Daily Races has been increased.
– Corrected an issue where spectating while entered in a race in the Lobby did not allow you to switch to the spectator camera.
– Changed the Nations Cup and Manufacturer Cup so that the Helmet thumbnail specific to the championship is displayed.
– When the room mode is set to ‘Practice/Endurance Race’, adjusted the finish timing when the course setting is set to ‘Time limit’.
– Changed the camera movements before races start in Daily Races when the starting method is set to Formation.

4．Mission
– Added ‘The Human Comedy’ to Missions, containing 1-hour endurance races. ‘The Human Comedy’ will become playable when the player’s Collector’s Level is 23. Each endurance race event will award up to 1.2 million Cr. per event.
– Race information such as the Starting Grid, number of laps or time limit, starting method, etc. are now displayed in the Race event Quick Menu of Missions.
– Best records for time limit events and Friend Ranking Records are now saved and displayed in the format of [Ranking/Number of Laps]
– Rankings have been reset for the following Time Limit events*
・Gone With the Wind – High Speed Ring 30 min.
・The Sun Also Rises – Le Mans 24 min.
・The Sun Also Rises – Bathurst Gr. 3 Battle

5．Game Progression
– Raised the maximum cap for earned in-game credits to 100 million Cr.
– New ‘Invitations’ received hereafter will have a time limit of 30 days, instead of 14 days.

6．Used Cars / Legendary Cars
– The number of cars listed in the lineup at the same time is now increased.

8．Livery Editor
– Corrected livery display issues for the following cars. If the car you are currently using is subject to this, it will be fixed when you go to [GT Auto] -> [Car Customization] -> [Save Style]
・Subaru WRX Gr.B Road Car
・Ferrari F430 ’06
・Ferrari F8 Tributo ’19

9． Car Physics Simulation
– Improved physics when landing from a jump, mainly on dirt tracks.
– Corrected an issue where the value of the vehicle speed displayed on the speedometer of other players in online races sometimes differed from the actual vehicle speed.
– Corrected an issue where after-fire would not stop during certain operations after tuning the muffler of a Toyota Prius G ’09 and Toyota Aqua S ’11.

10．Car Settings
– Changed the anti-lag system setting from ON/OFF to 3 settings, OFF/Weak/Strong.
– Corrected an issue where if you open the car settings after selecting a part in the Tuning Shop but cancelling without purchasing it, it would blank out the created setting sheet name and the settings would be reset.

12．Custom Races
– Changed so that Balance of Performance (BoP) setting can be turned on/off when the player’s cars are Gr.1, Gr.2, Gr.3, Gr.4, and Gr.B categories.

13．Rival Cars (AI)
– Corrected an issue where rival cars that changed to rain tires in wet condition races after a pit stop would have slow acceleration coming out of the pits.
– In online races, applied measures for some cars starting earlier or later during a rolling start due to network issues.

14．Graphics
– Improved the image quality of smoke in Race Photos
– Corrected an issue where debris during crashes while in cockpit view would enter inside of the car.
– Corrected the graphics drawing of smoke when seen through car windows

15．Replays
– Until now, the control menu appeared using any button on the controller, but this has been changed so that it will now only appear when using the confirm and cancel buttons.

17．Settings
– Changed so that [Display Demonstration Ghost] setting inside [Ghost Settings] is displayed only in Licenses and the Circuit Experience.
– Added a [Temporary Exposure Setting] to the Quick Menu settings. The [Temporary Exposure Settings] allows you to temporarily adjust the brightness of the screen in races. Exiting the quick menu will return the game to the original exposure setting.

21．Title Screen
– Divided the thumbnail image and title text of news so that they are displayed separately.

22．Steering Controllers
– Allocated features to extra buttons that become available when attaching replacement wheels such as the Fanatec Club Sport Steering Wheel Formula V2 on the Fanatec GT DD Pro*.
・Assigned the upper right / left paddles on the Fanatec Podium Advanced Paddle Module to turn signals
・Assigned the left/right toggle switch to MFD toggle and change features
・Assigned the analog stick to head turning
Extra button assignment is only available when the compatible steering wheel is attached.
– When attaching a replacement steering wheel such as the Fanatec ClubSport Steering Wheel Formula V2 on the Fanatec CSL Elite and Fanatec Podium, changed the ‘MFD Change’ function assigned to both left and right toggle switches so that the left toggle switch is assigned to the ‘Switch MFD’ feature.
– Various other issues have been addressed.

In other news, Ghost Recon Frontline is reportedly being rebooted, and Horizon Forbidden West has a new update.