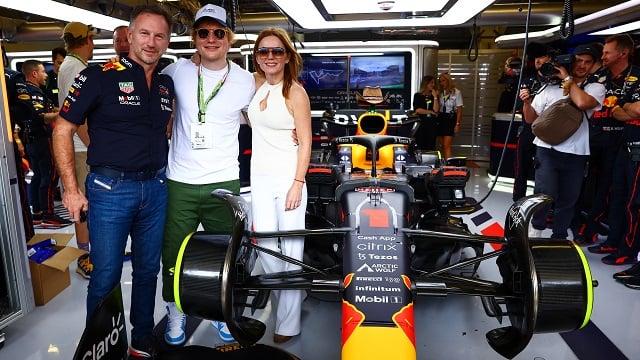 The Gran Turismo movie has cast Geri Halliwell-Horner, better known as Ginger Spice from the Spice Girls. She will be playing a parent of the teenage protagonist played by Archie Madekwe who goes from being avid Gran Turismo player into a professional driver, as based on a true story. Halliwell-Horner’s husband, Christian Horner, was a British former racing driver and is the current Team Principal of the Red Bull Formula One team. Directed by District 9’s Neill Blomkamp, the Gran Turismo movie is executively produced by Jason Hall and the Gran Turismo series creator Kazunori Yamauchi.

Geri Halliwell-Horner, as reported by THR, will be joining David Harbour who will play a retired driver who becomes the protagonist’s racing mentor and Orlando Bloom who will play a marketing executive attempting to sell the sport of motor racing.

Other revealed cast members include Darren Barnet, best known for Netflix’s Never Have I Ever, playing a top-ranked GT Academy participant who isn’t thrilled with the ascent of a new upstart. Academy Award-nominated actor Djimon Hounsou will join Halliwell-Horner as the other parent of Madekwe’s character. Actors Daniel Puig, Josha Stradowski, and Thomas Kretschman rounds out the star-studded cast.

The Gran Turismo movie continues to maintain its course toward a release date of August 11, 2023.

Final Fantasy 16 Is PS5 Exclusive for Six Months Only

God of War Ragnarok Unlock Time: Here’s When It Releases