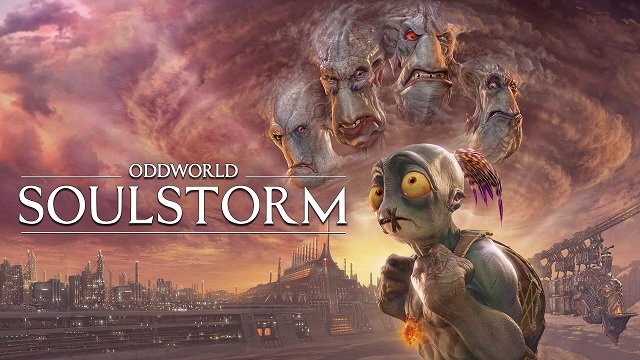 PlayStation Plus can be extremely beneficial for some games, drastically increasing their player base. For others, the effect isn’t so positive. Oddworld Inhabitants’ Lorne Lanning has explained how the PS Plus deal that offered Oddworld: Soulstorm as a free game for a month was “devastating”.

The downside to Playstation Plus With costs rising, Oddworld Inhabitants was looking for extra financial help. Sony offered the studio a deal to put Oddworld: Soulstorm on PS Plus as a free game for one month in exchange for an undisclosed fixed sum of money. At this point, the game was due to come out in January 2021 when supply issues would have meant there weren’t many PS5 consoles in the hands of gamers. As studio head Lorne Lanning told Xbox Expansion Pass, the developer estimated they would sell a maximum of 100,000 units at launch, although 50,000 was a more probable number. The money they would receive from the deal was more than they would make through those sales.

The problems started soon after the deal was signed. The Covid-19 pandemic forced the studio to work from home and this delayed the game to a new release date in April 2021. This also gave three extra months for PS5 consoles to enter the market, therefore more players owned them than previously estimated. The result was Oddworld: Soulstorm became the most downloaded game on the PS5 at close to 4 million copies, pretty much all for free through PS Plus, something that was “devastating” for the studio. Lanning didn’t detail how this affected future sales of the game on other platforms like Xbox One and Xbox Series X|S, but it is sure to have had some impact.

In other news, SEGA’s five-year Super Game plan involves multiplatform AAA worldwide releases that are likely to be from some of their dormant IPs. Elsewhere, the existence of Capcom Arcade 2nd Stadium has been confirmed although details are scarce. Capcom Fighting Collection also got a release date.

Call of Duty: Modern Warfare 2 Teasers Coming Later This Month According to Insider