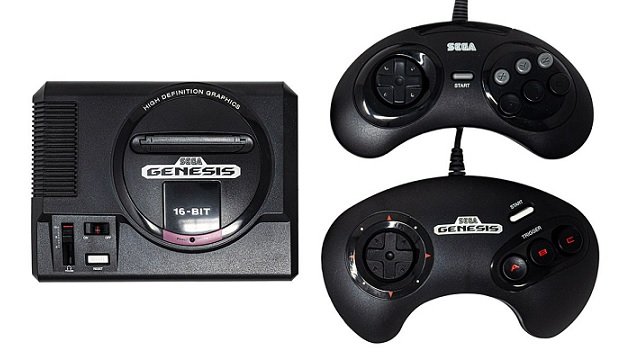 Sega Teases Mysterious “New Project”, Could Be Another Mini Console

The Japanese Sega account on Twitter has cryptically teased an urgent notice about a “new project,” which could be a new Sega mini console, to be revealed on a live broadcast on June 3 at 4: 00 am PST (or 7: 00am EST). The tweet comes paired with a picture of a misshapen cake of a Sega Mega Drive or Genesis controller.

Why this “new project” leans towards a Sega mini console

The announcement (posted above), as translated by Google, reveals that Hiroyuki Miyazaki and Yosuke Okunari will be appearing on the livestream. During the 2019 Japanese Sega festival, both made an appearance to reveal the Mega Drive Mini, which was released on September 19, 2019. This, along with the cake picture, suggests that the company will be unveiling a new Sega mini console, perhaps a sequel to the Mega Drive Mini or Sega Genesis Mini.

Both Miyazaki and Okunari have been with Sega since the mid-1990s, with Okunari having worked extensively as a producer or supervisor on numerous retro re-releases including 3D Classics on Nintendo 3DS and multiple Sega Ages game ports for Nintendo Switch. Miyazaki has a long pedigree at the company as well and was made project lead for the Mega Drive Mini.

Okunari had previously mentioned in October 2020 during an interview with Famitsu (as translated by Siliconera) that after the release of the Game Gear Micro in Japan, the company would consider the SG-1000 Mini or a Dreamcast mini for its next retro mini console. At the time, he said that whatever this might be, Sega wouldn’t be able to release one “the next year or two years after the Mega Drive Mini.” Well, we’re well past two years now, so this seems like the perfect time to see if Sega is indeed making another mini console this year.

The livestream presentation will be streamed on YouTube as well as on Nico Nico Live Broadcasting.

In other news, Knockout City will be free-to-play starting June 1, and the release date for Stray may have been leaked on PlayStation’s database.