Home Gaming Sonic Frontiers Review (PS5): Is It Worth Playing? 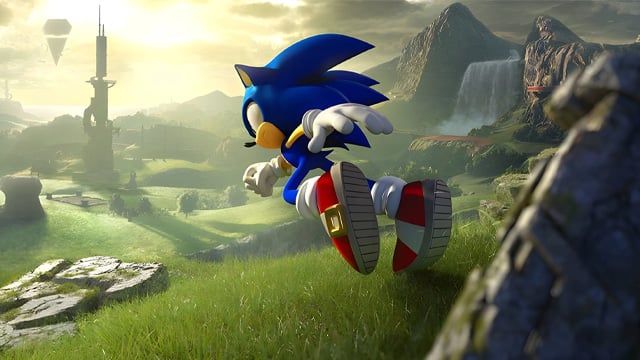 Sonic the Hedgehog is a game series older than many people who might be reading this. While the blue blur dominated the gaming landscape in the ‘90s, the transition to 3D was not so kind to him, as evident by earlier Sonic games that strayed from the original formula. Yet, Sonic Team perseveres, and here we have the release of Sonic Frontiers. Can Sonic and company really find success in an open-world setup, or is this one franchise that should stick to its roots? 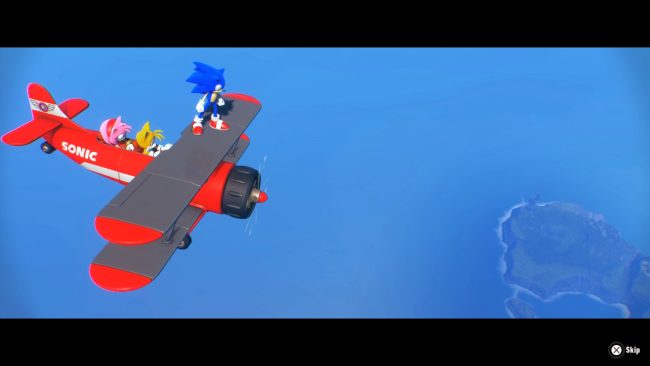 Sonic Frontiers has a semi-serious story going on here, whereby Dr. Robotnik (or “Eggman” as Sonic and crew refer to him) attaches his latest invention to an ancient portal, awakening some robots while also accidentally getting himself and others sucked into Cyber Space. It’s up to Sonic to free his friends, who are trapped within some sort of hovering containment device. Conveniently, he is teleported into a world that has springs to jump onto, rails to grind, balloons to pop, and other items he can quickly leap onto.

By exploring the world, keys can be found, alongside memory tokens for whichever friend he is trying to free from the Cyber World. Meanwhile, each world is inhabited by these creatures called Koco, which are these small stone statues brought to life. Although they sound like babies, it is revealed that they are inhabited by the spirits of the ancient people who used to roam these lands, and their stories take many dark turns as Sonic and his friends attempt to help these creatures out.

Sonic was never really much of an RPG series, and yet Sonic Frontiers has such mechanics in spades. The aforementioned Koco can be collected by merely getting close enough to them, and then handed to an Elder Koco, who is much larger than these collected Koco. Turning in enough allows Sonic to choose whether to upgrade his speed level, or his ring-carrying capacity.

Certain special seeds can also be found and collected, and turned in to another elder Koco, who will automatically upgrade Sonic’s attack and defense stats. Each of these four core stats can be upgraded to level 99, and they do actually affect how quickly Sonic can dispatch most enemies, or how many rings he’ll lose each time he is hit – for all but the toughest of enemies, it is no longer the case that one hit causes you to lose all of your rings.

Furthering the RPG elements is an unlockable skill tree that grants Sonic additional abilities. Beyond the tutorial, players can spend as much or as little of their levels on these skills. This includes such abilities as Cyloop, where the player holds Triangle to run around and leave a trail of energy behind them. If they complete a circle with this trail and release the button, various effects can happen depending upon the context – shielded enemies will lose their protection, others will become stunned. It can also be used on the environment at certain obvious spots to unearth hidden memory tokens, seeds, or just a collection of rings.

If Sonic ever has as many rings as he can currently hold, which starts out at 400, then a brief cutscene plays where blue lightning fills the background, and Sonic’s eyes glow blue. Now, his boost speed is slightly increased, with some crackling electricity left in its wake. It feels weird that Sonic is sort of an action RPG during these overworld areas, but it’s also oddly rewarding figuring out all of these disjointed options and combining various strategies to take on some of the game’s more formidable opponents. At key moments in the story, Sonic takes on Titans, which are these massive creatures brought to life by a mysterious character seemingly created by Dr. Robotnik. He usually fights them as Super Sonic, once he has temporarily collected all seven Chaos Emeralds, and these staged boss fights feel like an entirely different game. Dare I say it, between the Titan fights and the ancient ruins, Sonic Frontiers feels kind of like a Sonic Adventure game, and I think I mean that in a good way.

Outside of Titan fights, mini-bosses can be encountered, marked with an X on the current world’s map. These are usually massive enemies in their own right, often requiring multiple stages in order to defeat them. They reward gears, which are used to unlock portals, and these portals are gateways to the game’s actual levels, which are more traditional Sonic levels we’re all used to – both 2D and 3D levels that feature classic enemies to stomp, rails to grind, speed boosts to zoom through, and although they are usually over in under two minutes, represent some of the most fun you’ll have in Sonic Frontiers.

Depending upon how many of each level’s goals you meet or exceed, you’ll receive a number of portal keys upon returning to the overworld. Acquiring enough of these keys can unlock a nearby Chaos Emerald. Generally, you don’t have to clear too many objectives to earn enough keys to progress the story. However, at certain points, the game requires you to collect enough memory tokens to speak to another character.

Collecting these isn’t a problem, but at least once per world you’re forced into a minigame with little instruction, and must clear it in order to progress the story. This screeches the pacing of the game to a halt, as occasionally what you have to do in the minigame is not clear at all. A few tries will usually clear things up as you are forced to improvise a solution, but having these minigames be a requirement to continue the adventure leaves a bad impression.

An internal engine called the Hedgehog Engine 2 powers Sonic Frontiers. It’s seemingly a good engine, which can present large open areas and at least in the PS5’s case offers a toggle for 60 fps or 4K prioritization. It did seem to keep up with the action onscreen in either mode, and while the higher frame rate is nice, the world just looks better when in the 4K mode. Quixel Megascans is used as well, which is a tileset featuring very high resolution scans of environments, which can potentially free up environmental artists when creating worlds. It’s evident in the various boulders, trees, and other landscapes and gets the job done.

Sonic Frontiers Review (PS5): Is It Worth Playing? – PlayStation LifeStyle 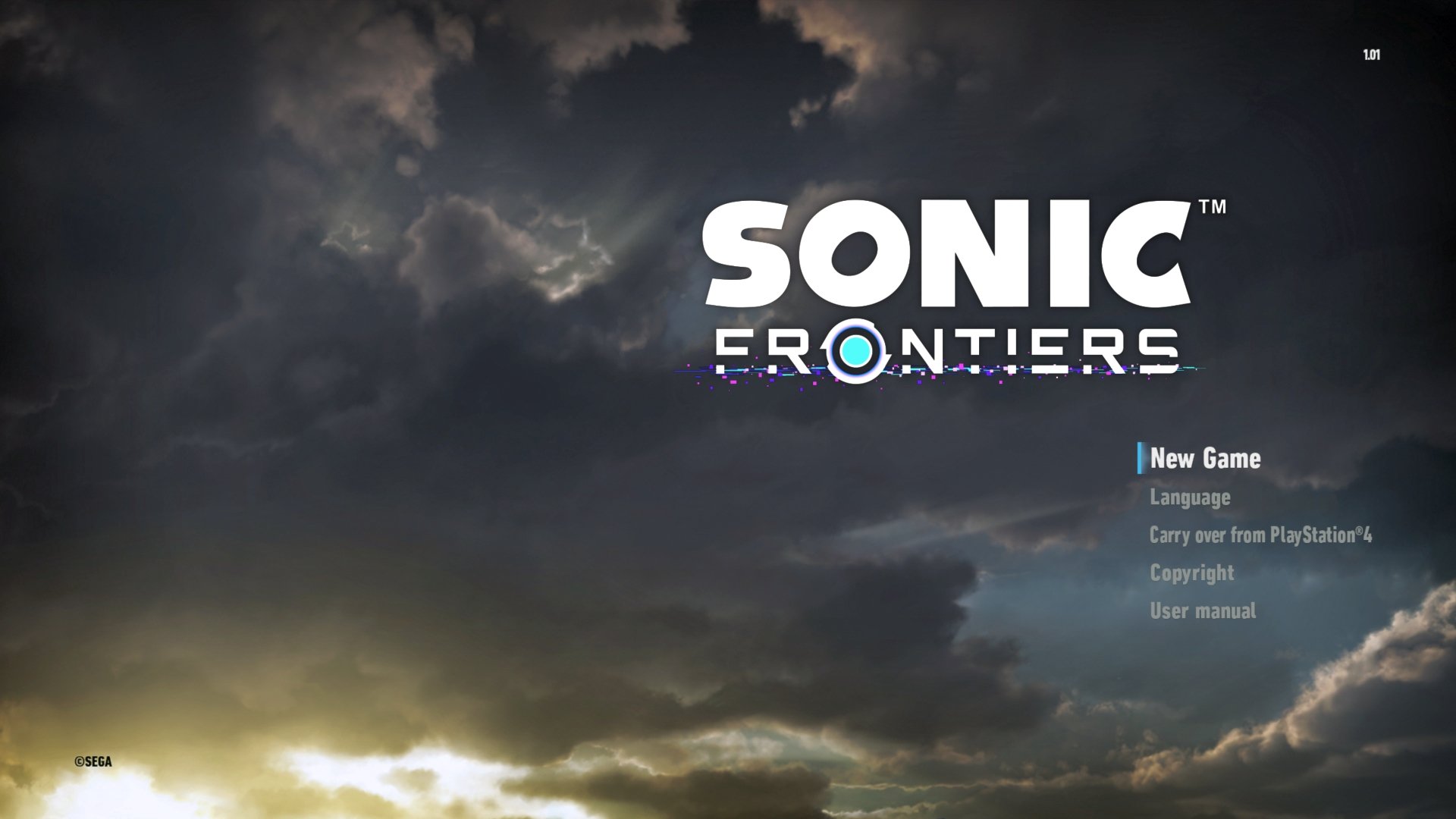 The gang’s all here in Sonic Frontiers, as Sonic, Tails, Knuckles, Amy, and others take on Dr. Robotnik in his latest scheme involving the “ancients” and some sort of Cyber Space area controlled by a character he created. Hell, even Big makes an appearance. Everyone is voiced, and although Sonic sounds almost too mature for his character, you do eventually get used to it.

The soundtrack to the game’s individual levels is actually surprisingly varied and even pulse-pounding at times. Boosting causes a filter to be applied to the audio, to help sell the sense of speed. However, in the overworld, the music takes on a more somber tone, and as Sonic races around each new abandoned world he is dropped into, things start out melancholy, but once more memories are played back, the music becomes more lively, building into what sounds like the full soundtrack intended for each area. In fact, outside of a weird dance Sonic occasionally performs when helping out the Koco, none of the audio sounds like a Sonic game at all.

That’s one thing that stuck with me throughout my time with Sonic Frontiers. As so much of your time is spent outside of the main, fast-paced levels, this doesn’t really feel like a Sonic game. It feels like an RPG with an incredibly weird story, one that is laced with a ton of sadness and loneliness. Most of these worlds are abandoned, and Sonic is seemingly on his own with his friends just out of reach as they are stuck between worlds. Despite this, though, Sonic remains upbeat and resolute in his goal of saving his friends once more from the clutches of evil. There is a lot to unpack in this story, much of it whimsically nonsensical, but when even Dr. Robotnik comes out with some deeper insight into how he respects Sonic as an opponent, it’s evident Sonic Team wanted you to maybe feel something about the world and story they are presenting.

Sonic Frontiers is a strange, yet fun time. The individual levels showcase Sonic at his fast-paced, ring-hoarding best, and some of the overworlds sport rewarding exploration mechanics. The insistence by Sonic Team to jam in minigames that block progress to the story is frustrating to say the least, and some of the larger maps’ designs feel a little haphazard. Overall, though, the weirdness of the story will keep some going just to see, well, where the hell it’s all going. It’s weird how much this doesn’t feel like a Sonic game outside of the individual levels, but this is an interesting direction that Sonic Team has taken their blue blur, and hopefully we will see a continued evolution that coalesces into something great.