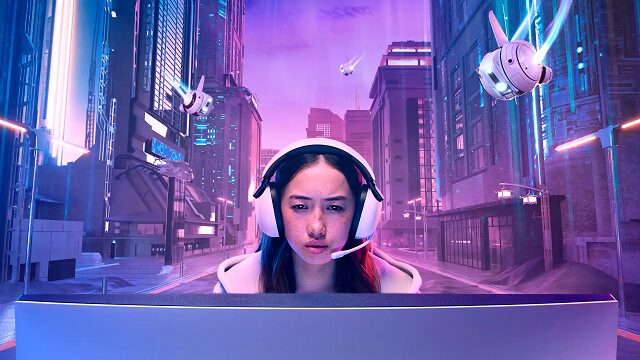 Sony has officially announced the three INZONE gaming headsets — H9, H7, and H3 — that were leaked last week and has confirmed they’re part of a master plan to further integrate its electronics technology and DNA into gaming. All three headsets are available to pre-order now ahead of their release on July 7. The H3 will cost $99.99, the H7 will set you back $229.99, and the H9 is priced at $299.99.

The range of INZONE headsets starts with the wired H3 headset, has the mid-range wireless H7 headset, and finishes with the wireless, noise-canceling H9 headset. All three of the models have 360 Spatial Sound based on technology Sony has been using for many years. This can provide information through audio that players wouldn’t be able to detect through vision alone, such as the ability to hear enemies behind walls. The dedicated 360 Spatial Sound Personalizer phone app can also be used to take a photo of your ears so your unique hearing profile can be applied to the headset. INZONE Hub PC software can help further customize a player’s experience.

All three headsets also have Wearing Comfort through wide and soft headbands that have low side pressure to balance stability and comfort. The H9 headset will have soft-fit leather earpads similar to those used in Sony’s WH-1000XM5 headset. The H7 and H3 headsets will get breathable nylon fabrics instead. They’ll also have a flip-up boom microphone that is highly adjustable and mutes automatically when flipped up.

There are other differences between the headsets, though, beyond the ones mentioned. The H3 headset has a single volume control dial on the left ear, while the H7 and H9 allow for individual control of voice chat and game sounds. Both the H7 and H9 also have a unique shape that reproduces extremely high frequency sounds with high compliance. Ducts on the housing of the headsets optimize low-frequency sound reproduction for powerful bass.

The H7 offers 40 hours of play from a single charge while the H9 offers 32 hours, although there’s a quick charge function that offers an hour of gameplay after just 10 minutes. The headsets can also be used through the long USB charge cable. The H7 and H9 USB transceiver offers 2.4GHz wireless connection and a low delay algorithm to reduce latency. The headsets can be attached to mobile via Bluetooth, PS5 or PC (just PS5 and PC for the H3).

Finally, the H9 headset has two modes: noise-canceling and ambient sound. Noise-canceling is done through Dual Noise Sensor Technology that is already used in other Sony headsets. Ambient sound mode still allows sounds like doorbells, phone calls, or nearby conversations to be heard. The modes can be toggled using a button on the left earcup.

In other news, the Overwatch 2 beta has hit a lot of teething issues and we have some fixes for you. Elsewhere, the crew of the Horizon Netflix series includes team members from The Boys and The Expanse.

Common Foundation Repairs – How to Detect and Fix Them