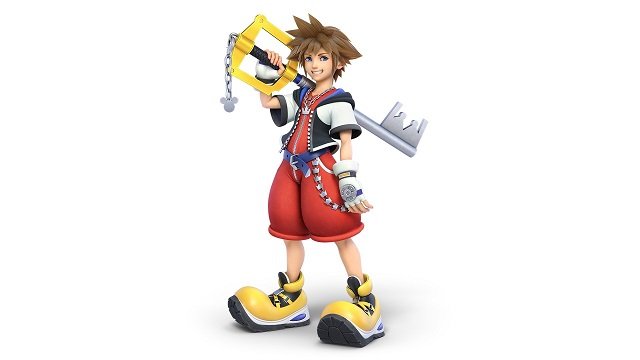 Kingdom Hearts 4 was revealed last weekend, and one of the things fans of the franchise were quick to notice was that Sora had normal-sized feet. Gone were his infamous “clown shoes” and cartoonish appearance in favor of a more realistic build. However, creator Tetsuya Nomura has hinted we might not have seen the end of Sora’s clown shoes in kingdom Hearts 4 after all.

Why has Sora’s appearance changed?

In the Kingdom Hearts 4 reveal trailer, Sora is in the world of Quadratum. It’s a modern world based on the Shibuya district of the real-life city of Tokyo, although it’s unrelated to the Shibuya found in Kingdom Hearts: Dream Drop Distance – The World Ends With You. It’s also a world that is unrelated to the World of Light, the World of Darkness, and the Worlds In Between. The characters of this modern world have a modern appearance and Sora is no different. However, in an interview with Famitsu as translated by Twitter user @aitaikimochi (thanks Polygon), Nomura says that if he was to return to his own world, his appearance would “look similar to the shaders used for Donald and Goofy”. Sora’s clown shoes may well make their return in Kingdom Hearts 4.

Nomura also said the room Sora wakes up in during the trailer is located in South Aoyama. His room looks fairly bare at the moment but the interior design will have changed by the time the game is released. This will act as a base at the start of the game. For Sora, Quadratum will be a fictional world. For the residents of Quadratum, Sora’s homeworld is their fiction. Kingdom Hearts 4 will “explore the theme of the contrast between the two perspectives”.

Finally, we’d already been told that the character that narrated the trailer would be one that has been seen before in previous Kingdom Hearts games. As a further hint to who it might be, Nomura said it was the first time the character had been voiced. I’ll be extremely disappointed if somebody can’t work out who this character is now!

In other news, the LEGO Star Wars: The Skywalker Saga Deluxe Edition bonus Minifigure is the latest target for scalpers. Elsewhere, the first Cyberpunk 2077 DLC expansion has gotten a release window, but it won’t be this year.

LEGO Star Wars: The Skywalker Saga Minifigure is Now a Target for Scalpers