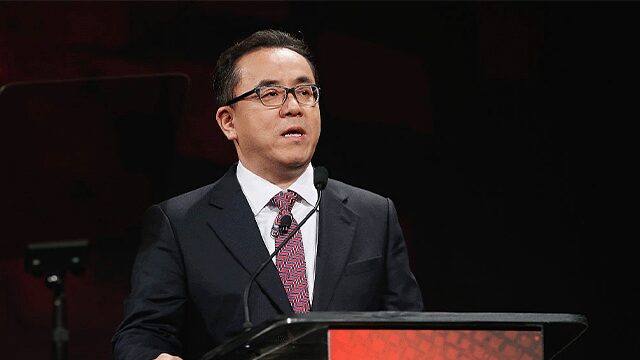 Square Enix president Yosuke Matsuda is doubling down on the blockchain, NFTs, and Web 3.0 tech in his 2023 New Year’s Letter, even after fans heavily criticized last year’s letter as being extremely out of touch. Unfortunately, despite 2023 being an absolutely horrific year for cryptocurrency and NFTs, Matsuda spent most of his latest letter discussing the company’s plans to utilize the blockchain in multiple upcoming titles.

Matsuda’s letter shows the same enthusiasm for blockchain gaming and NFTs as it did last year. However, like with almost every other executive discussing the topic, there’s no information about what purpose the technology will serve beyond the novelty factor.

Square Enix, as a whole, has seemed listless for the last few years. It shed its western studios last year and has pumped out a tremendous amount of lower-budget titles to mostly mediocre reviews. Only the company’s venerable Final Fantasy series has any direction, and that’s likely due to influence from Naoki Yoshida and Yoshinori Kitase.

Worryingly, Matsuda doesn’t mention that two major Final Fantasy projects, Final Fantasy 16 and Final Fantasy 7 Rebirth, are slated to be released in 2023. He didn’t even highlight Forspoken, which is slated to launch on January 24. Given his lack of enthusiasm about the products that’ll actually make Square Enix money, it’s no wonder that many are questioning his priorities.