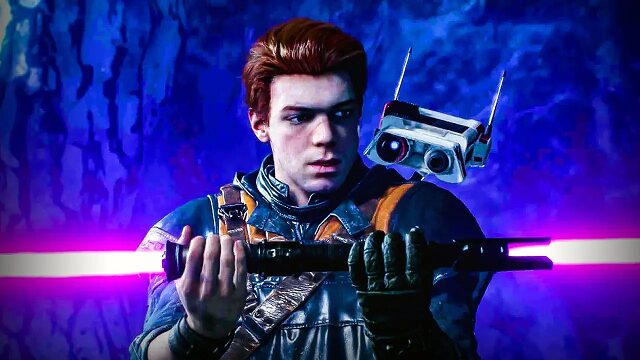 The next Star Wars Jedi game doesn’t actually have an official name yet, but most people have been referring to it as Star Wars Jedi: Fallen Order 2. According to the latest rumor, the game will actually be called Star Wars Jedi: Survivor and it will be released at some point during the first three months of 2023.

EA and developer Respawn have only ever referred to the game as the next Star Wars Jedi title. However, Jeff Grubb claimed on his most recent Grubbsnax podcast to have heard the official title for the game. He nearly got away without leaking the title until Giant Bomb community members colonelsanders21 guessed it right at the end of the show. Apparently, the actual name of the game will be Star Wars Jedi: Survivor, although Grubb didn’t elaborate any further. You can see the full podcast below.

Star Wars Jedi: Survivor is expected to be released during the first three months of 2023. The game was initially intended to be released between October and December 2023 but was delayed. Grubb had previously claimed the mysterious “major IP” that was listed in EA’s financial earnings presentation was Survivor. This is one of five games scheduled to be released during the final quarter alongside a new PGA Tour game, Super Mega Baseball 4, Dead Space Remake, and an unknown “partner title”. EA is yet to confirm either the game’s name or the release window, so take this with a pinch of salt until they do make a statement.

In other news, Square Enix will focus on a “major franchise” this year, believed to be Final Fantasy seeing as it is the 35th anniversary of the first game. Elsewhere, SEGA is planning to release more remakes and remasters over the next financial year.