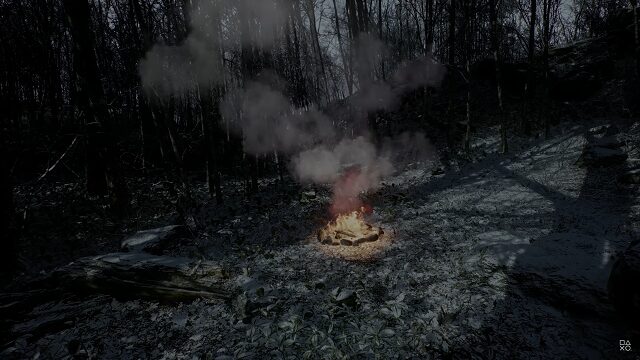 Blue Box Game Studios sparked rumors this week when they deleted the majority of their communication regarding the future of Abandoned. We’re nearing the end of Q1 2022 and there’s no sign of the cinematic trailer, playable prologue, or even any kind of reveal, so with all mentions of these being deleted, many assumed the game was canceled or just vaporware. However, Bluebox has released an official statement refuting these allegations.

Recently we have been bombarded with requests and questions regarding the development status for Abandoned. In regards to the latest rumours regarding Abandoned being cancelled, our response to this is that these rumours are false. We are working on the reveal via the Realtime Experience app and online-channels along with the Prologue of the game. These were initially planned for Q1 2022 but unfortunately we aren’t ready yet as we underestimated our development roadmap. Therefore we have delayed the reveal and the release for Abandoned: Prologue. We will release Abandoned: Prologue when its [sic] stable, good and ready.

We are aware of your frustration and we deeply, sincerely apologize for this. We will continue to work on the game and we will notify you when we are ready.

Our response to the Cancellation rumours: pic.twitter.com/EuiY8Squ52

The denial comes after YouTuber Lance McDonald claimed he didn’t “think that game ever existed” after Blue Box deleted most of their Tweets describing specific future plans for their game. These deleted Tweets included a timeline for the playable prologue, reasons for the delay of the cinematic trailer, and their attempts to fix technical issues in the Realtime Experience App. Whether the game does genuinely exist remains to be seen. Let us know what you think in the comments below.

In other news, E3 2022 has been canceled and will not take place as a digital event at all. However, ESA intends for the event to return in 2023 as both an in-person event and a digital experience. Elsewhere, the PS5 crashes that were caused by the March Update for Marvel’s Avengers have been fixed.