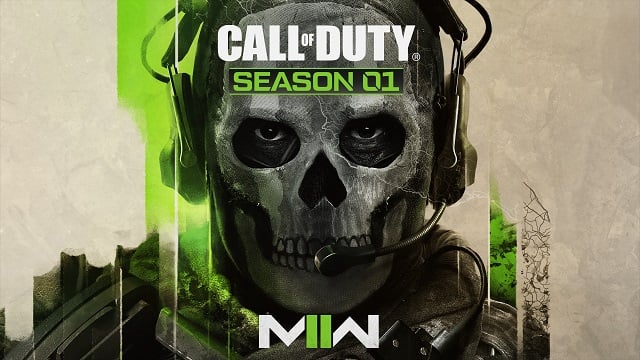 The Call of Duty: Modern Warfare 2 Season 1 update has launched today and the rather lengthy patch notes describe all of the changes Infinity Ward and its partners have made just three weeks after the game was released. As well as the new-style Battle Pass, maps, Operator, and weapons, there are plenty of gameplay improvements and tweaks, including weapon nerfs.

The full Modern Warfare 2 Season 1 update patch notes are rather lengthy, so make sure to grab a drink and get comfy.

Season 01 marks the launch of our all new Battle Pass, in which players are able to choose the rewards they want as they progress. While there are 100+ tiers, this new map format allows for personalized progression with unlocks. Players can also progress with Battle Tokens Tier Skips.

Our Season 01 weapons drop runs the gamut of playstyles, from the high speed BAS-P Submachine Gun, to the hard-hitting Victus XMR Sniper Rifle. Mid-range combat is always an option with the super stable and high rate of fire M13B… if you are up to the challenge of unlocking it. These new Weapons will expand Loadout capabilities to cover all the exciting new modes Season 01 has to offer.

As mentioned above, Warzone 2.0 is a shared experience with Modern Warfare II. As such, players can expect to see quality of life changes across all modes including Multiplayer, Battle Royale, and DMZ.

Squad Score in the UI

If a Player joins a full squad that is already queued, the squad will be removed from said queue.