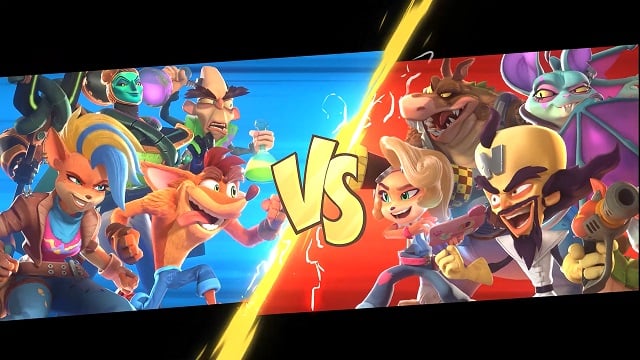 The Crash Team Rumble release window has been revealed as simply 2023 at The Game Awards 2023. With the general release date revealed at the end of the one-minute trailer, the most surprising part is really that it’s called Crash Team Rumble and not Crash Bandicoot Wumpa League as originally suspected.

Perhaps Activision and developer Toys for Bob wanted to make it clear that this is a rebooted project after the original concept was reportedly rejected, despite being developed alongside Crash 4. The game is slated to release for PS5, PS4, Xbox Series X|S, and Xbox One.

The short trailer shows two teams of Crash Bandicoot characters competing each other as they attempt to collect the most Wumpa fruit as possible. It also seems to verify that the game will primarily be a 4v4 multiplayer game.

It’s unclear how many characters will be a part of Crash Team Rumble, but it’s rumored to have at least 10 playable characters on the roster so far. Artwork of the game from the test build showed of croc grunner Dingodile and Ripper Roo, in addition to Crash (well, of course), Coco, Dr. Neo Cortex, Papu Papu, Tawna, and N.Gin.

An announcement of the game at The Game Awards 2023 seemed very likely as it was teased in the form of a pizza box.