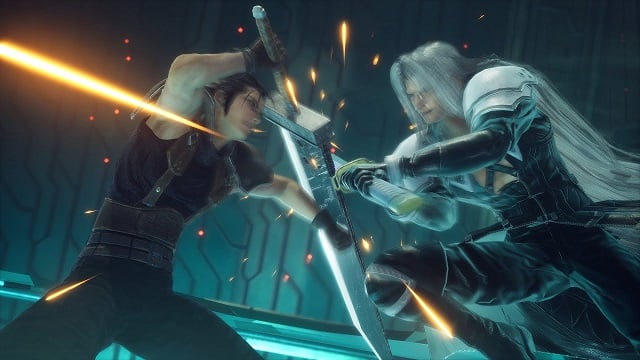 Square Enix has confirmed that the PS5 remaster of Crisis Core FF7 Reunion will run at 4K 60 FPS, following an earlier announcement in July. That resolution and frame rate may not be too impressive given that the original game was on the PSP, but it does follow through with the developer’s intent to make it close to the graphical quality of the FF7 remake. Square Enix has previously described the game as a “true remaster” with updated 3D models, full voiceovers, and new music arrangements.

Here’s how it’ll run on each platform. pic.twitter.com/2IdZP6yQGn

As expected, PC players on Steam will be able to push the graphics for Crisis Core FF7 Reunion even further to 120 FPS. The screen resolution is only described as “display-dependent” so it’s unclear what that high frame rate is tied to. Fortunately, we’ll find out soon enough, as the game’s release date is December 13.

God of War ‘Who Blew the Horn?’ Question Will Be Answered ‘One Day’