Electronic Arts has said that Dead Space remake won’t have camera cuts or loading screens unless players die. The campaign will be one shot like Santa Monica Studio’s God of War and its upcoming sequel. In a lengthy article, the development team described their approach towards the remake and the steps taken to ensure that it stays true to the original while offering players something new. According to EA, it’s all about including modern enhancements “but never, ever betraying the original.” 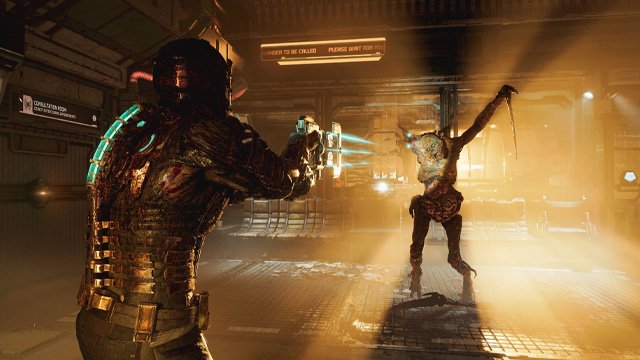 EA has promised that Dead Space remake will offer an “unbroken” experience that allows players to go from point A to B without interruptions. A statement from Senior Producer Philippe Ducharme reads:

We’re also actually creating the entire game as one sequential shot. From the moment you start the game to the moment you end the game, there are no camera cuts or load screens—unless you die. The Ishimura is now fully interconnected, so you can walk from Point A to Point Z, visit the entire ship, and revisit locations you’ve already completed to pick up things you might have missed – that’s all new. It’s now a completely unbroken experience.

Interestingly, EA revealed that it deputed “hardcore” Dead Space fans early on in development to provide feedback on the remake. It’s unclear how the publisher identified players who it refers to as “diehard fans,” but admits that the step was unusual.  “Really, really early in development we started discussions with some members of the community who were identified by our team as diehard fans,” said creative director Roman Campos-Oriola. “We met with them every six weeks, roughly, and we gave them full access to what we were doing.”