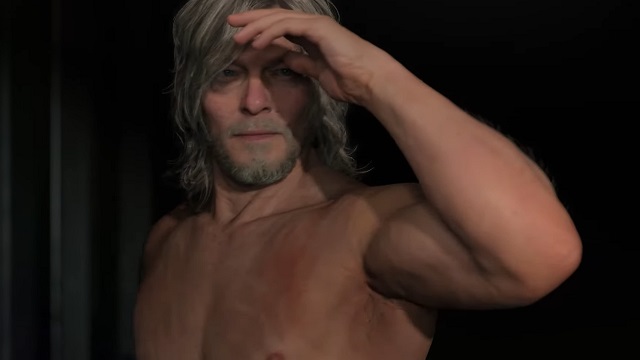 A lengthy, four-minute Death Stranding 2 trailer was unveiled at The Game Awards 2023. One of the more surprising reveals was the return of Norman Reedus as Samuel “Sam” Porter Bridges, along with other actors, near the end of the trailer. The game will also officially be called DS2 moving forward, which will hopefully not be confused with the abbreviation for Dark Souls 2. Death Stranding 2 will release for PS5 and use the DECIMA engine created by Guerrilla Games.

The full list of actors and actresses for Death Stranding 2, as revealed in a quick slide during the trailer reveal, is:

Seydoux will likely reprise her role as Fragile, while Baker played Higgs Monaghan in the first Death Stranding game. However, it’s unclear what characters Elle Fanning and Shioli Kutsuna will be playing.

While some doubted that the three logos Kojima tweeted earlier were a part of the Death Stranding sequel, it is now clear that the center logo is a revamped image for the Bridges company. The other two logos, with a compass and a kraken, likely have something to do with the seas, which makes sense given that the end of the trailer shows a vehicle that can hover on top of the water’s surface.

Kojima also appeared on stage to reveal that he will be working on another game alongside DS2, which is likely Project Overdose (whose screenshots with actress Margaret Qualley were leaked in November), but he’s still experimenting with the game.