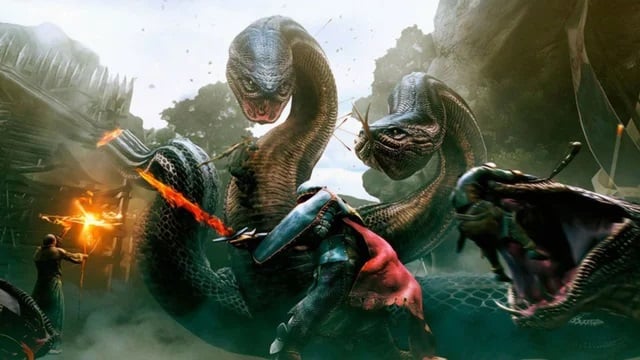 Details on Dragon’s Dogma 2 have been unfortunately thin. Luckily, the game’s director, Hideaki Itsuno, has a status update in a statement to Japanese magazine Famitsu, stating that development is “moving along well.” The last time we heard anything substantial about the sequel to Capcom’s open-world fantasy adventure was in June, when Itsuno and other devs announced the game on a T-shirt.

In response to Famitsu (as translated by Gematsu), which asked Japanese developers on what to expect from them in 2023, Itsuno said:

I’m currently immersed in the production of Dragon’s Dogma 2, so much so that I’m losing my sense of what season it is. Things are moving along well, so I hope to further our development progress so that we can share an update with you as soon as possible.

It’s surprising that we still don’t have a release date, let alone a release window, for Dragon’s Dogma 2. We know from the Dragon’s Dogma 10th Anniversary Stream that Capcom is using the RE Engine for the sequel. And well, that’s about it.

A substantial leak back in 2020 revealed that Dragon’s Dogma 2 was slated for a “Q2 FY22” release, but that has since passed. And it looks like both Street Fighter 6 and the Resident Evil 4 Remake will come out well before it.

Since then, a Dragon’s Dogma series on Netflix released in September 2020, which renewed some interest in the original game as well as re-release Dark Arisen.

PS Plus: Here’s When the January 2023 New Games Come Out