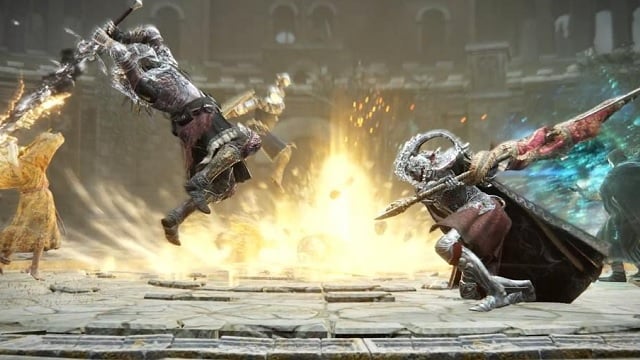 Rumors of an Elden Ring Colosseum free update or DLC have been spreading since March, but FromSoftware has finally confirmed brief details and a release date for the content. The best bit is that players won’t have to wait long, nor will the content be paid premium DLC; the free update will arrive on PS5 and PS4 this week.

What is included in the Elden Ring Colosseum Update?

The Colosseum update will include “various duels and battles“, that players can take on in the colosseums. The duels, free-for-alls, and team fights can be tackled as a solo player or together with a companion. The battles will take place in the Limgrave, Caelid, and Leyndell colosseums that have been in the game since its release. The Elden Ring Colosseum free update DLC is due to be released tomorrow, December 7.

Rumors that DLC was coming soon intensified back in October when references to new content were found in the files of a game update. Other features found in the datamined content included ray tracing and new player customization options, although it’s unknown whether these features will be included in the update. More detailed patch notes are expected to be available tomorrow after the content has been released.