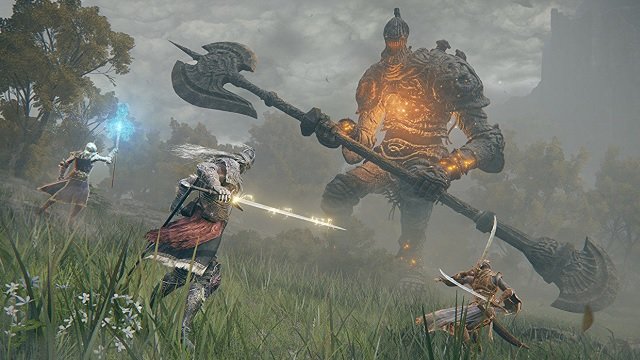 Fancy an Elden Ring movie? It looks like PlayStation Studios boss Hermen Hulst might be entertaining the idea. In a new interview with Reuters, the head honcho revealed that Sony Interactive Entertainment’s minority stake in FromSoftware might not be limited to video game collaborations. With PlayStation Productions off to a successful start, the company is eyeing movie and TV show collaborations as well.

Elden Ring publisher Bandai Namco Entertainment has previously expressed its interest in turning Elden Ring into an IP that goes beyond video games. As a matter of fact, the company was talking about exploring other media with Elden Ring as early as June last year, well before the game released. It’s hard to say if Bandai Namco would opt for the Hollywood or Netflix-style treatment via PlayStation Productions or not. Sony’s PlayStation movie/TV show wing has seen significant success with Tom Holland and Mark Wahlberg starrer Uncharted, and HBO’s The Last of Us looks like it’ll be another strong entry.

All that said, a Bloodborne movie isn’t outside the realm of possibility either. “You should think of collaborations on the game development side first and foremost, but it’s also not unthinkable with our PlayStation Productions efforts that we explore opportunities,” Hulst told Reuters.