Home Gaming Evil Dead The Game Review PS5 – Is It Worth Playing? 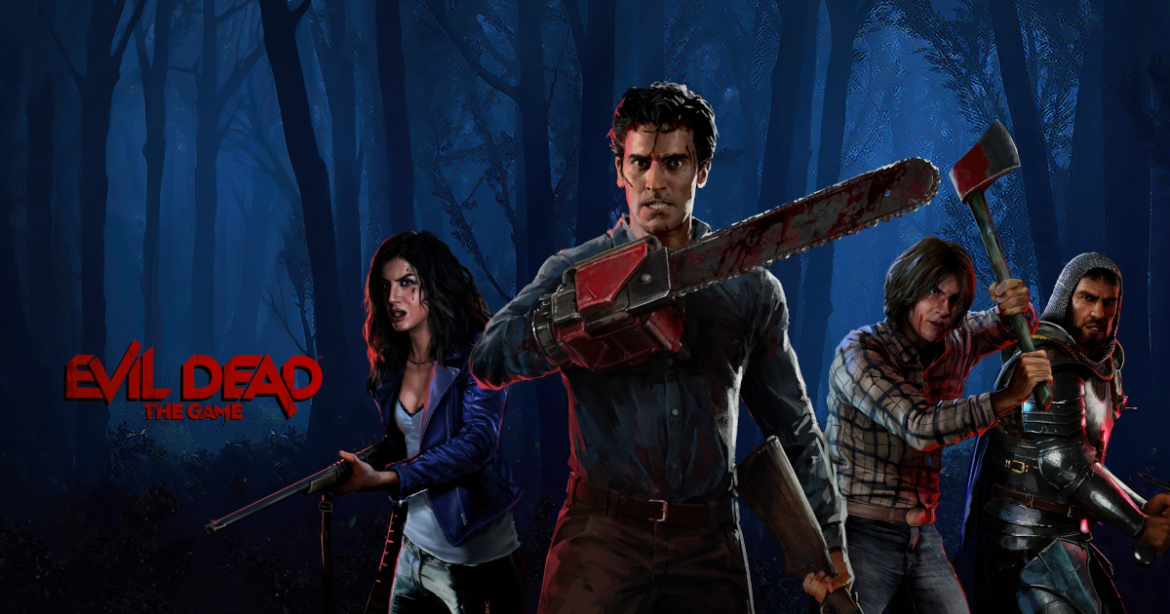 The Evil Dead franchise has been around since 1981, and has recently seen a resurrection with a movie set to release on HBO Max this year. But first, Saber Interactive has dropped Evil Dead: The Game. Can this 4-vs-1 adaptation be any good, or is it just fanservice with a shallow game underneath all the shiny, bloody action? The answer may surprise you in our Evil Dead The Game review.

Now, I’ll be the first to admit I don’t have much familiarity with the Evil Dead franchise. I can’t recall ever seeing any of the original movies, nor any of the recent media in the franchise’s resurrection. Hell, I didn’t even know Duke Nukem’s “hail to the king, baby!” line was a reference to this set of movies until I played this game. But it’s not hard to appreciate the production values that went into Evil Dead. The sound design especially, beyond including lines from all characters, is creepy enough at times to cause jump scares when a Deadite leaps at you from a portal, or of course when the demon successfully lands a jumpscare attack on your character. The background music also ramps up in intensity the more your character’s fear level rises. Having said that, though, playing such a repetitive soundtrack can get annoying, but thankfully a new Spotify playlist has also released as a tie-in to the game, which fits it perfectly. Blasting Deadites while Back in Black by AC/DC or the aptly titled Hail to the King by Avenged Sevenfold will never get old.

While the presentation of Evil Dead may be on the campy side, it doesn’t excuse occasional jank. Terrain traversal can be a hassle if you go off the paths laid out for you in any map. While vaulting some objects like logs is an option, there is no jump button, which means the smallest rock cannot be hopped over. It would’ve been useful if the vault button could be used for jumping as well. Players can drive cars, which is usually faster than running, but unfortunately the cars drive like they’re floating above the ground, slide all over the place, and generally feel like a mistake. The very first time I got in a car in the tutorial survival mission, the vehicle immediately began to slide backwards, and I had yet to input any controls. They do help in keeping the team of survivors together, though, and honking the horn is a good way to let others know you’re ready to move on to the next area. 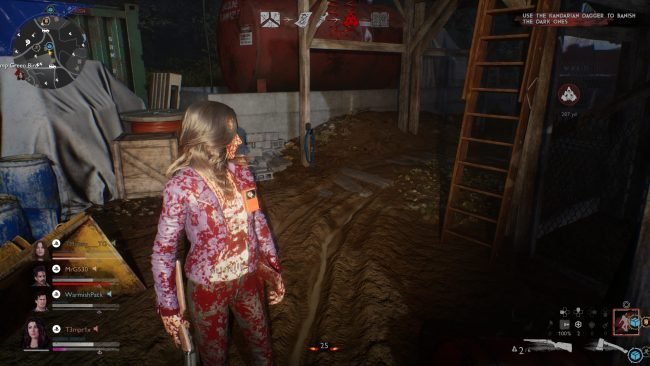 Evil Dead is a third-person action survival game if you play as a survivor. You and a team of three others are tasked with putting together a map that shows the location of the Necronomicon Ex-Mortis, an ancient Sumerian text, and the Kandarian Dagger, which are both heavily featured throughout the series. While these are time-limited, once these goals are complete the survivors now have unlimited time to destroy The Dark Ones using said dagger, and finally they must defend the Necronomicon while it finishes the ritual. If at any point before this all survivors are killed, the demon wins. The way most games played out, whichever side performed the most advantageous actions within the first phase of the round tended to win. While survivors don’t receive much as they gather weapons, ammo, Shemp’s Cola, and other special items like amulets, the demon collects experience points and eventually levels up. Each level grants a point that can be used to unlock various boosts, or new portals that can be created to spawn more enemies players will have to fight. Survivor’s can counter the demon’s growing power by finding Pink F bottles within loot crates randomly placed around each level. Survivor’s can spend these like points as well, to level up their character’s stats such as health, fear resistance, melee/ranged damage, shield capacity, and more. Both the demon’s and survivor’s boosts are only for this single round, however, and everyone starts with their base stats in the next match.

To get around starting completely fresh, each playable character has a character sheet which can be used to permanently increase stats, and after certain levels unlock special abilities. So, each character has their own experience pool and level, and the player also earns overall experience which can be used to level up the survivor’s and each of the demon’s and their minions. There is a surprising amount of depth to these skill trees, and it’ll be a bit of a grind for most players to unlock everything. 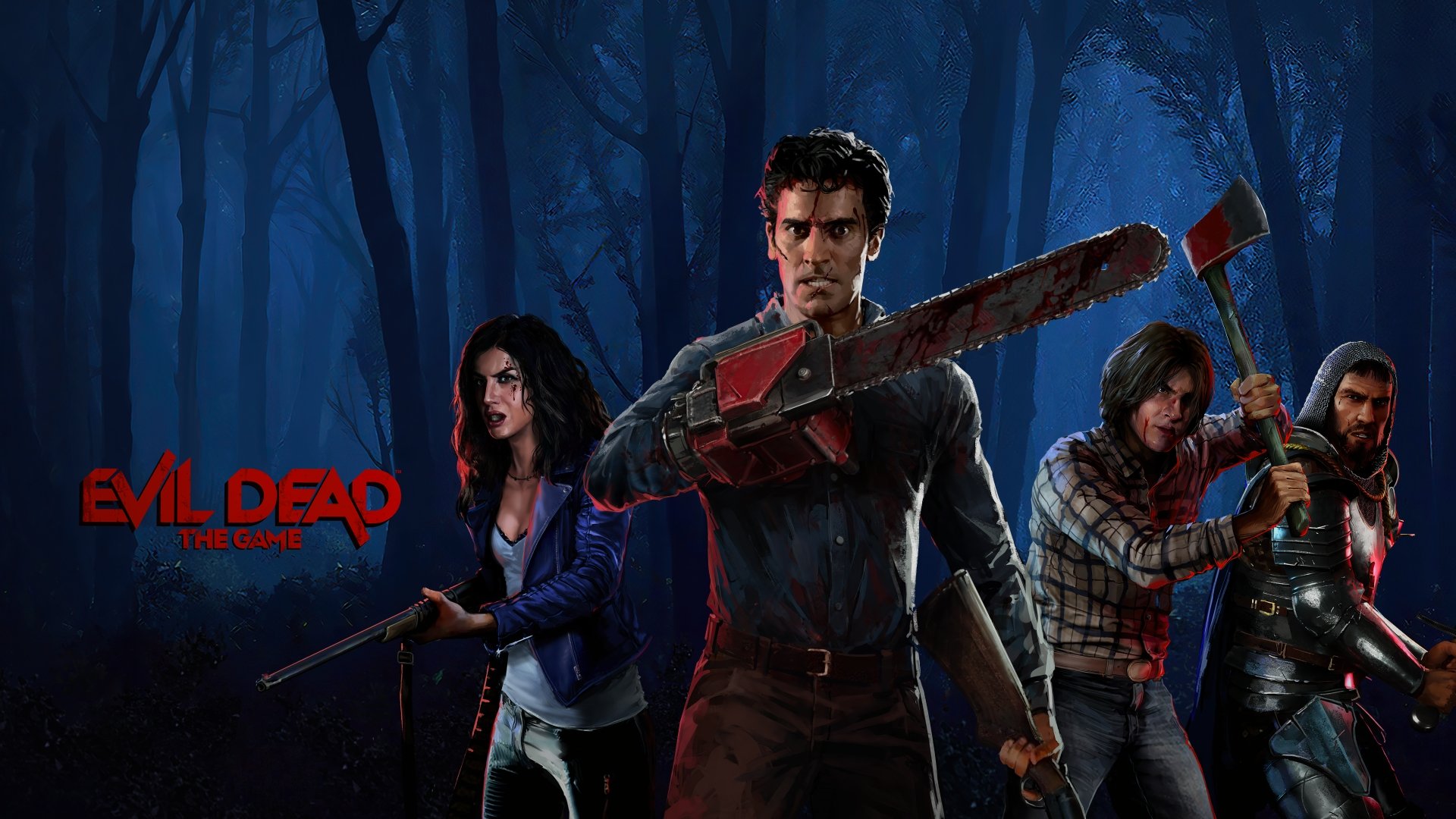 Where are the Checkpoints?!

Speaking of, there are even single player missions to complete, which can unlock four new survivors, from various eras of the Evil Dead franchise. These missions, despite being single-player against only AI opponents, still require an internet connection to play. The missions are fairly challenging, but reading the objective in the upper-right will help keep the player on the right track. Frustratingly, there are no checkpoints in these missions, despite them taking anywhere from 15 – 30 minutes to complete. It also means that one bad play can set you back quite a ways, no matter how close you were to finishing.

Evil Dead: The Game has a ton of appeal to fans of the horror franchise, while also offering up a good deal of gameplay for players who may not be so familiar with it. The resource management aspect to playing as a demon is intriguing, and for those who aren’t so good at strategizing, playing against AI is always an option to hone your skills. Occasional glitches take some of the shine off, and no checkpoints in the single player missions is a baffling decision. Can such a game grow long enough legs with the ever-popular games as a service model? Only time will tell. But for an asking price of $39.99, there is enough content at launch to appease most fans.

Sony’s Punishing People for PS Plus Stacking at a Discount, Asian Users Report