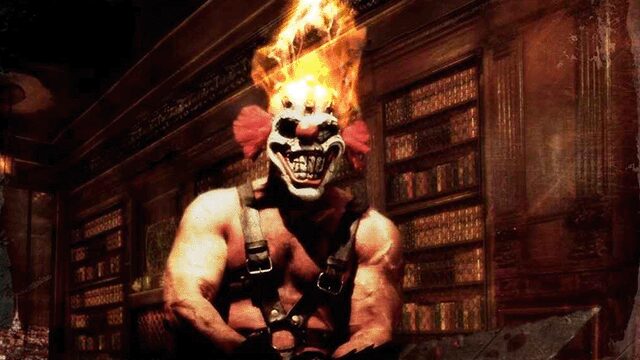 Filming for the upcoming Twisted Metal TV show has wrapped. The action comedy is set to premiere on Peacock and will star Antony Mackie (The Hurt Locker, Captain America) as a wisecracking amnesiac.

That’s a wrap on season one! pic.twitter.com/XpZLaXq7iK

Scriptwriter Michael Jonathan took to Twitter with the news that shooting had wrapped on the first season of Twisted Metal. He celebrated the work of the cast and crew’s work with these words:

The cast and crew of Twisted Metal was something special. Even with lightning delays, extreme heat, and cars that wouldn’t do as they’re told, everyone worked as hard as they could to make sure Twisted Metal kicked as much as possible.

The last day of shooting felt like the last day of camp, with lots of laughs, a few tears, and ice cream being handed out the back of Sweet Tooth’s truck. We all cannot wait for you to see this insane thing we spent our summer shooting. Now, to post!

We haven’t seen a series reveal yet, but the mention of cars has us hoping we’ll see some practical effects. Unfortunately, we’ve seen some pretty terrible video game adaptations lately. Hopefully, this one will be the exception to the rule.

Despite the upcoming series, there have been no hints pointing to a new Twisted Metal game. The last title in the franchise, the 2012 reboot, was fairly popular, but the studio that produced it, Eat Sleep Play, shut down in 2017. Additionally, series creator David Jaffe is no longer associated with Sony.

So, while the franchise has a future, it’s still very uncertain. Vehicular combat games fell out of vogue long ago, and they’ve never managed to make a big comeback. Maybe this TV series will rekindle interest and usher in a renaissance.

In other news, Bloodborne is going down for maintenance soon, and Koei Tecmo is rumored to be teaming up with EA for a new game.