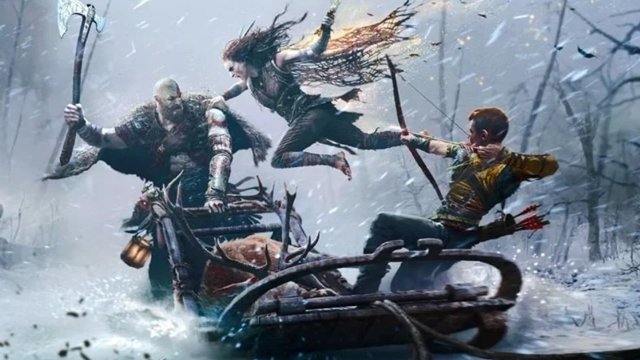 God of War Ragnarok PS5 gameplay has been promised for September. PlayStation fans can expect to see four minutes of gameplay footage featuring Kratos and Atreus delivering sweet violent justice to a slew of enemies. Expect plenty of combat to be shown, details of which have already been shared.

That gameplay has been promised for September which, at the time of writing, begins tomorrow. As for which of the 30 days it lands on, that is still unknown. Here’s hoping it’s sooner rather than later, however, as I know fans are getting pretty desperate for a new look.

Leading up to the big gameplay reveal, Game Informer has published some exclusive details about Ragnarok’s combat system learned during a preview event. Highlights include the mention of how Kratos “plays with his food” and how the developers have leaned into finding “new toys and ways of playing with enemies and strategies,” which sounds especially menacing.

Another newly-revealed feature is the “Weapon Signature Move.” Both the Leviathan Axe and Blades of Chaos can be infused with the power of ice or fire to freeze or burn enemies, respectively.

Shields have also been overhauled and players will get to choose whether they opt for a tanky shield that can absorb more damage or a less protective shield that rewards parrying pros.

In other PlayStation news, this The Last of Us Part 1 4K 60 FPS gameplay comes directly from Naughty Dog. MultiVersus might get Big Chungus as a fighter or skin. The Callisto Protocol has a Trophy for dying in every possible way.