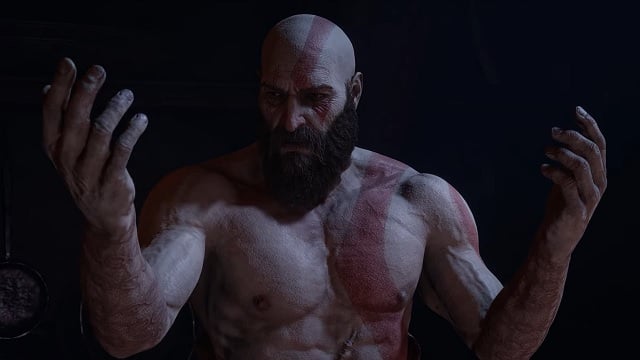 The latest episode in a behind-the-scenes series for God of War Ragnarok showcases the incredible performance by Christopher Judge as Kratos. The full 10-minute featurette called “Becoming Kratos” expands on how he and other international voice actors for Kratos inhabited the role. As a fair warning, the feature does contain some minor spoilers for Ragnarok, so you may not want to press play on the video below.

The featurette essentially highlights why Christopher Judge was nominated in the category for Best Performance in the upcoming The Game Awards 2022, alongside Sunny Suljic who plays Atreus. Judge describes how he needed to think “physically bigger” when playing the Spartan in motion capture, standing wider and making every motion deliberate becomes he believes Kratos “doesn’t ever do anything by happenstance.”

Kenta Miyake, the Japanese voice actor for Kratos, was enamored by Judge’s performance as well:

I performed the voice while watching Christopher’s performance, but he was a great help to me. His performance… his eyes are always shining and sparkling, and he added even more of a sense of humanity.

Judge also explains that being a father himself, and seeing Suljic grow as an actor over the course of the series reboot, has helped him embody Kratos’s growth as a father and as someone who needs to learn how to listen throughout God of War Ragnarok.

The latest patch notes for the game’s update 2.02 has also been posted recently, though the difficulty bug still remains.