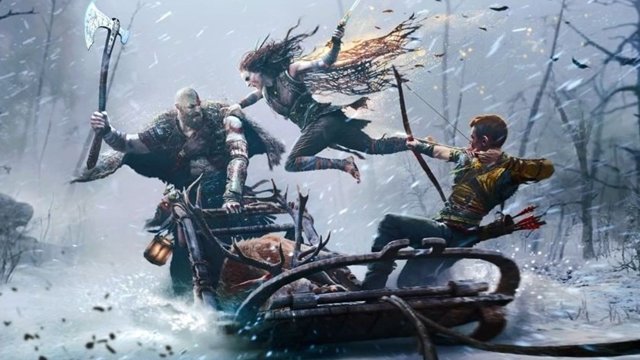 God of War Ragnarok has gone gold over a month before its November 9 launch date. Those anticipating the game will be very happy to hear that the game is now ready for distribution and, when the time comes, the scheduled release date.

We are thrilled to announce that #GodofWarRagnarok has gone gold!

On behalf of SMS and all of our partners, thank you to the fans for supporting us over the course of development. We’re almost to launch and can’t wait for you to play on November 9! 💙 pic.twitter.com/vptHyKJ1JP

Developer Santa Monica Studio confirmed that GoW Ragnarok had gone gold on Twitter. The announcement was accompanied by a graphic showing a gold version of the God of War logo, in addition to the various studios that had assisted with the release.

Knowing that the game has gone gold will please those who were worried about a potential delay. Though SMS’s Cory Barlog promised that there would be no more delays, some fans were no doubt worrying and waiting for the “gone gold” alert to feel fully reassured.

Though it’s great to know God of War Ragnarok has gone gold and is now in a launchable state, the game’s pre-release has been soiled a little by numerous leaks including how long it will take players to beat the game.

Now that it’s gone gold, God of War Ragnarok is fully expected to meet that November 9 release date, when it will be available for both PS5 and PS4.

The Callisto Protocol Will Be 12-14 Hours Long

How to Update PS5 Controller on PC