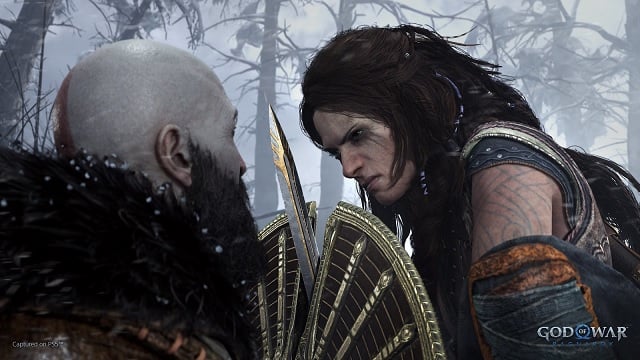 God of War Ragnarok music contributor Jessica Mao has revealed that she has not been credited for her work on some key sequences of the game. Apparently, Santa Monica Studio has some unknown threshold in place for people to be credited, which Mao doesn’t seem to have been aware of. Nevertheless, she has shared her contributions to God of War Ragnarok on Twitter, and explained her role.

Mao edited, arranged, and implemented the music portion of Freya’s chase scene as well as Thor’s boss fight. She particularly highlighted her work on Thor’s boss fight, noting that it was a “fun exercise” in arranging music. “The original mix was too fully orchestrated and had to be toned down to make room to grow in later phases,” Mao explained. “I made new stems using different combinations of the original stems in ways that I felt best musically.”

Mao then revealed that her name is not in God of War Ragnarok’s credits and won’t be patched in either. “I was told that to be credited, my contribution to the game must hit some ‘minimum criteria,’” she wrote. Mao still doesn’t know what this criteria is, and noted how disappointing and discouraging this experience was for her. She urged developers to reconsider their approach.