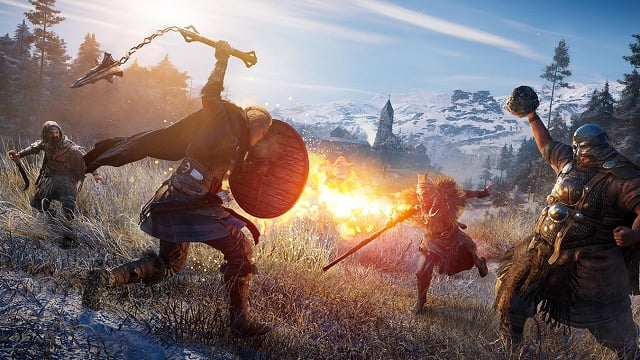 Assassin’s Creed fans are split over the news that AC Valhalla New Game Plus mode isn’t happening after all. A day ago, Ubisoft announced that it has begun sunsetting development on the game after two years of continuous support, and confirmed that Assassin’s Creed Valhalla’s final content update will not include a New Game+ mode like its predecessor Assassin’s Creed Odyssey.

Ubisoft said that it considered implementing New Game+ since it’s a highly-requested feature, but found that unlike its predecessors, Valhalla’s structure and depth doesn’t make room for such a mode to offer unique and rewarding replayability. While some players agree with this, others have said that after investing hundreds of hours into the game, they would like to start over while retaining their skills and weapons rather than starting over from scratch.

“No New Game+, then what is the point of all those end game gears and Helix items?” quizzed one player. “Just because NG+ isn’t unique or doesn’t provide rewards, doesn’t mean there isn’t a reason to play it,” wrote another.

“I kinda agree with them that it wouldn’t work,” another player chimed in. “Valhalla’s main game has no repeat weapons or real level system so the rewards would’ve just been cosmetic like the post launch.”

What do our readers think?

Call of Duty and Overwatch Phone Requirement Scaled Back Globally