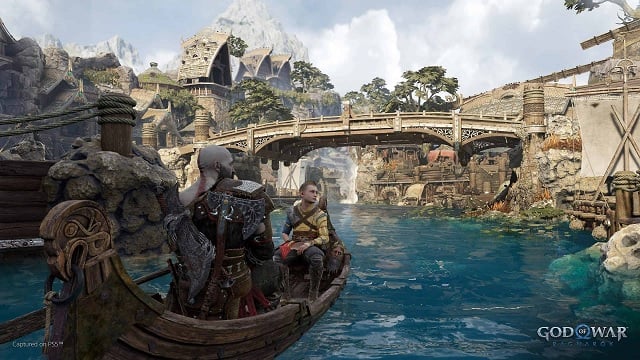 Santa Monica Studio’s Bruno Velazquez has said that God of War Ragnarok‘s PS4 version will be the developer’s “best” last-gen game, or at least that’s what the team has endeavored to make. In a lengthy interview with Eurogamer, Velazquez revealed that Santa Monica Studio knew “from the very get-go” that God of War Ragnarok will be a PS4 game – an interesting comment in light of Sony’s infamous “we believe in generations” stance.

God of War Ragnarok will surpass 2018’s God of War

“When it comes to God of War Ragnarok, from the very get-go, we knew that this was going to be a PS4 game, because we wanted to support the fanbase – we had so many people that had enjoyed the game on PS4,” Velazquez said. “So from the very beginning, we knew, okay, this is going to be a PS4 game; we’re going to make this the best PS4 game we can make.” He added that having a PS5 version is just “icing on the cake.”

God of War Ragnarok was originally announced as a PS5 game. The corporate overlords at Sony later changed their stance to announce PS4 versions for a number of games including Horizon Forbidden West.

Silent Hill: Townfall Trailer Is Hiding a Secret or Two