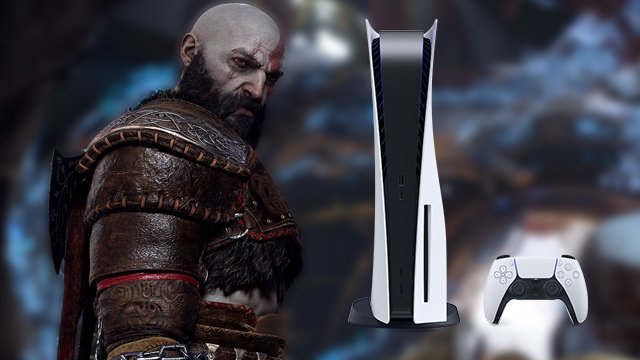 God of War Ragnarok PS5 Bundle Revealed To Be Rather Lackluster

A God of War Ragnarok PS5 bundle has been revealed ahead of the game’s November launch. It was first revealed in a 30-second trailer posted to the official PlayStation Twitter account. Unfortunately, for those expecting something other than the plain white system featured in every other PS5 bundle, there’s only going to be disappointment.

Immerse yourself with 4K visuals, 3D Audio, haptic feedback, and more when you play #GodofWarRagnarök on PS5.

The PS5 Console – God of War Ragnarök Bundle releases alongside the game on November 9: https://t.co/o2AI7tZXys pic.twitter.com/EV7L9hE6ng

For some, it will be disappointing to learn that the God of War Ragnarok PS5 bundle doesn’t include the fancy limited edition controller that was revealed last month.

Not only is the controller the standard white version, but the console is also just as plain-looking, which is unsurprisingly given previous PS5 bundles.

Users on Resetera expressed their disappointment and surprise at how there are still no limited edition console or faceplate designs:

Sony makes it easy to remove and add plates. Doesn’t make any custom themed plates for their biggest games.

Wish they were doing a GOW Edition PS5. The PS4 they did was so gorgeous

Though I’m sure others will be happy at the chance to save a bit of cash by picking up both the console and game in a bundle.

With the game going gold last week, all that’s left is to play it when it launches on PS5 and PS4 on November 9.