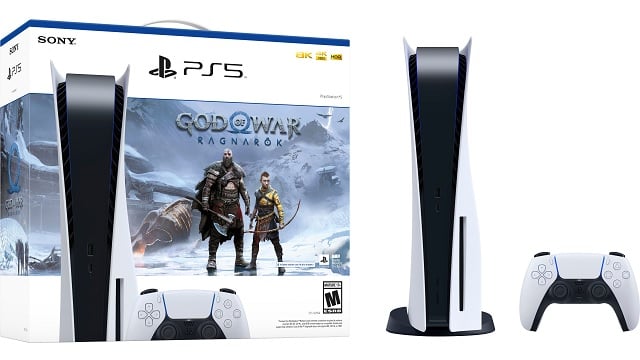 Owners of God of War Ragnarok PS5 console bundle are left confused seeing a $10 upgrade fee for the game on the PlayStation Store. The bundle comes with a digital code for the game, which many assume will allow them to simply download the appropriate version via the console’s storefront, where they are then misled into believing the download voucher is for the PS4 version after seeing a $10 upgrade charge for the PS5 version.

Instead of going straight to the PS Store, go to your console’s game library or collection. As pointed out by reddit user markaurel121, the bundle owners have access to both the PS4 and PS5 versions of God of War Ragnarok via the game library. However, going to the PS Store won’t allow you to download the PS5 version without paying a $10 fee.

Some users have reported that they ended up paying $10 before realizing the error and have successfully received a refund from Sony. It’s unclear if this is a glitch on the PS Store or not. Sony should work to remove the upgrade fee since many unsuspecting users ended up paying for something they already own.