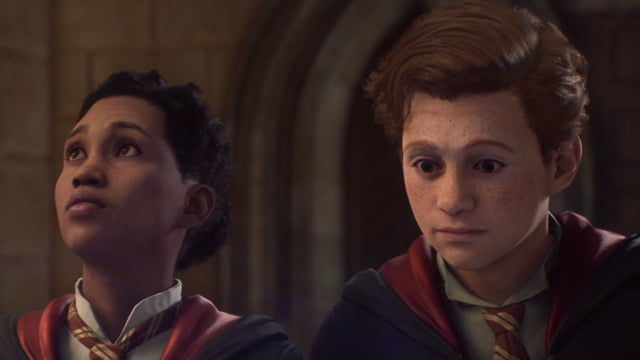 The official Hogwarts Legacy cinematic trailer is now available to watch. Uploaded in 4K, the Hogwarts castle and other areas look expectedly incredible. The trailer follows an owl as it desperately dodges a dragon, hippogriff, and the deadly Avada Kedavra curse.

The short-but-sweet Hogwarts Legacy cinematic teases the dangers that await players both inside and outside of the castle grounds. Moving from the Great Hall, to the Defence Against the Dark Arts classroom, to the Forbidden Forest, to areas populated by Death Eaters, the locations in this minute-long trailer flash by rapidly.

The owl featured in the trailer narrowly dodges death on multiple occasions. We see it avoid multiple Avada Kedavra killing curses, identifiable by the green beam of light shooting from the Death Eaters’ wands.

With pre-rendered visuals like this, it’s widely understood that the game won’t actually look this way on PS5 and PS4. Those systems simply aren’t powerful enough to render enough frames per second at this high quality. In fact, some users are concerned that the game will struggle to even hit 60 FPS consistently.