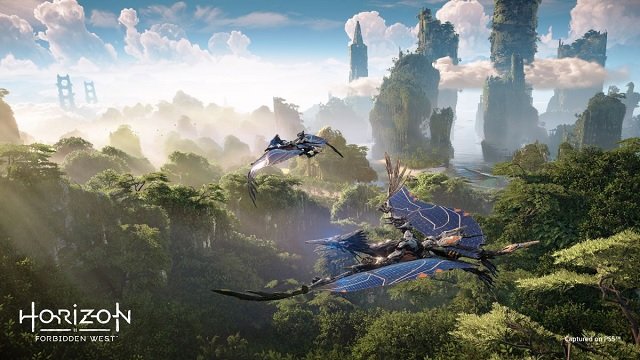 Sony previously suggested that time-limited PS Plus game trials will vary in length but now that the revamped service has rolled out in Asia, we have a better idea of just how much the length varies. As reported by Twitter user PS Vortex, the trials for Horizon Forbidden West and Cyberpunk 2077 last five hours each whereas Uncharted: Legacy of Thieves Collection and WWE 2K22 trials last two hours each.

Most PS Plus game trials will last two hours

Sony previously said that most PS Plus game trials will last two hours. The counter begins when you boot up the game for the first time. It’s unclear what the company’s criteria is for determining trial length but according to a report by Game Developer, some studios were blindsided by Sony’s trial requirements especially smaller teams with resource constraints.

Horizon: Forbidden West and Cyberpunk 2077 have ‘5 Hour’ Free Game TRIALS, while rest of the games including Uncharted: Legacy of Thieves & WWE 2K22 have a ‘2 Hour’ Trial

Five hours is a pretty good length for Horizon Forbidden West although there’s a lot to see and explore in the game, and a Platinum trophy run with a little bit of world exploration can take an average of 50 hours (that’s if you’re doing the bare minimum). Speaking of trophies, your save data and trophy progress from the trials will carry over to full games, should you wish to make purchase them. Game trials are only available with the Premium/Deluxe plan.

In other news, rumor has it that the next “major” PlayStation event will happen in September and will feature a Sly Cooper announcement, and Call of Duty: Modern Warfare 2’s open beta will release on PS5 and PS4 first.