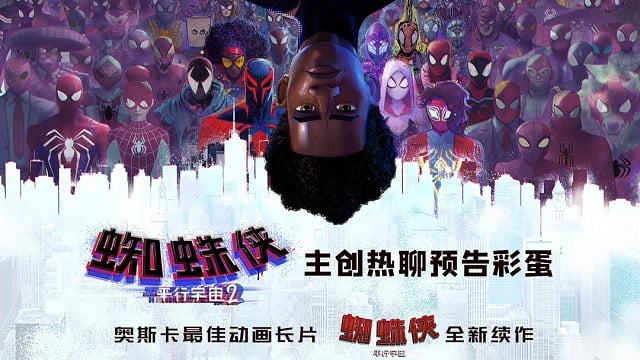 Insomniac’s PS5 Spider-Man Found in Spider-Man: Across The Spider-Verse Poster

Insomniac’s PS5 version of Marvel’s Spider-Man has been seen in the latest Spider-Man: Across the Spider-Verse poster. As the character even appears in the front row of the poster, fans are hoping the character will have more than just a cameo appearance in the upcoming movie.

Will Marvel’s Spider-Man 2 have an Across the Spider-Verse crossover?

This isn’t the first time Insomniac’s version of the superhero has been seen in the upcoming movie. Just last week, the PS5 versions of both Spider-Man and Miles Morales were spotted in the movie’s trailer, although the latter doesn’t make an appearance on the Across the Spider-Verse poster. There was also an advert for Marvel’s Spider-Man 2 at the end of the trailer, leading fans to believe there may be a crossover between the two mediums. The PS5 character’s prominent position on the movie poster does suggest he might have more than just a fleeting appearance in the movie, although with another version of Miles Morales taking the spotlight in the movie, that PS5 version may not get a look-in.

Spider-Man: Across the Spider-Verse will be the first of the two to be released, currently due to hit theaters in June 2023. Marvel’s Spider-Man recently received a release date window of fall 2023, but could easily include a crossover with the movie, perhaps even as DLC. We do know the “massive” game will introduce Venom as a major character, but other cast members are yet to be revealed.