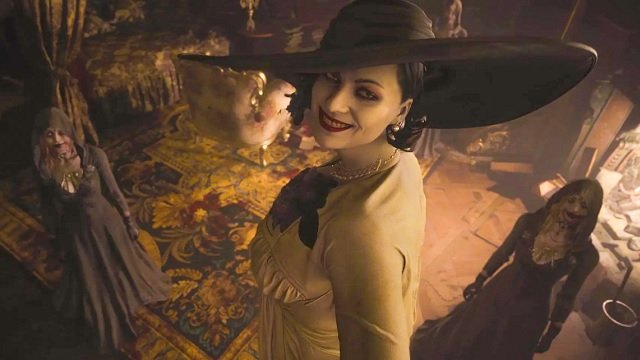 Lady Dimitrescu Actress Would Love a Role in God of War

Resident Evil Lady Dimitrescu actress Maggie Robertson has said that she would love to work on games like God of War and Horizon Zero Dawn. In an interview with GameByte, Robertson spoke at length about bringing the internet’s newest favorite villain to life and the overwhelming reception the character received while she was still under a non-disclosure agreement.

Robertson didn’t have a background in video games and had only just graduated when Capcom went looking for a “tall woman” to take on the role of Lady Dimitrescu. The six-foot actress, who had no agent at the time, told GameByte that her height often makes her an unfavorable candidate for acting roles so she was particularly excited when she came across Capcom’s height requirement. However, the reception Lady Dimitrescu got and the praises showered upon Robertson for her portrayal of the character is something that still surprises her to this day, especially since this was her first major role in video games. Now, she wants to work on more games.

“There are so many cool worlds that have been built,” Robertson said. “I think God of War is really cool. Personally, I’m a big fantasy nerd, I grew up reading fantasy books and that was my niche. So anything that skews more in that direction, I am so here for. So God of War, Horizon Zero Dawn…” Robertson went on to shower a lot of praise on Hellblade and its protagonist Senua – a character that was played by someone who had no prior acting experience (the award-winning Melina Juergens was initially just a stand-in for Senua).

What kind of role do you think Robertson could play in God of War or Horizon? Share your thoughts in the comments below.

In other news, a recent tweet regarding Dead or Alive 7’s cancellation seems fake, and we should get a new Final Fantasy 16 trailer soon.