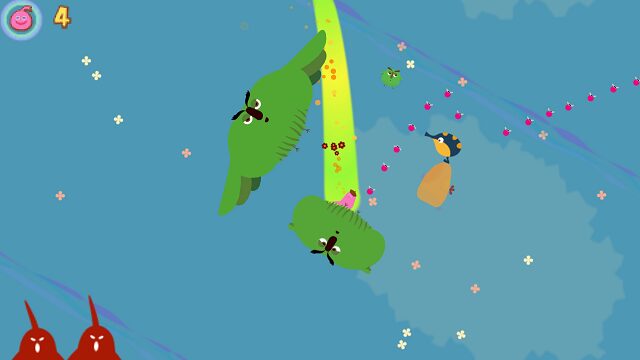 LocoRoco Midnight Carnival is the latest game to be leaked for PS Plus after it was found on the PlayStation Store. The listing, which has since been removed from public eyes, revealed the PSP game would be coming to PS4 and PS5 with several new features made possible by its inclusion in PS Plus Premium.

LocoRoco Midnight Carnival is coming to PS Plus 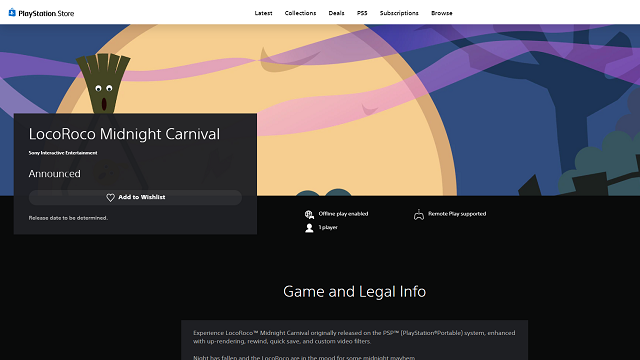 A PlayStation Store listing for LocoRoco Midnight Carnival was found by ResetEra members although it has since been removed from the public gaze. The game was originally released on PSP but will be coming to PS4 and PS5 with up-rendering, rewind, quick save, and custom video filters. Many are assuming the game will come to PS Plus Premium as part of the July 2022 additions, but it’s also possible it will be like fellow PSP title Ridge Racer 2 which was listed on the PlayStation Store prior to the launch of the new tiers and still has not been released. The listing didn’t offer a release date, stating it had “yet to be determined.”

Midnight Carnival saw the return of the mischievous Bui Bui and the biggest challenge yet for the LocoRoco. The game added a new “super jump” ability that allowed players to chain jumps and bounce off walls, although players still continued to rotate the world around them. There were also two new mini-games in the form of BuiBui Crane and LocoBall, and a bonus level to collect Pickories. However, the new version is advertised as a single-player game, indicating it won’t have multiplayer modes.

In other news, Resistance 2 has also been teased as a new PS Plus addition, although this one is looking more likely for July. Elsewhere, Crisis Core: Final Fantasy VII will run at 60 FPS on PS5 so that it’s similar to the standards of FFVII Remake.

Resistance 2 Teased for PS Plus Premium in July 2022