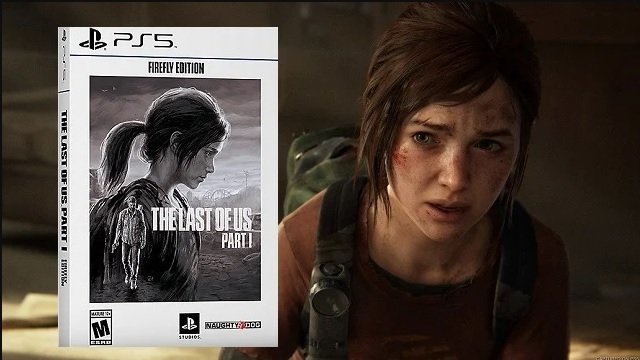 Many fans receiving their TLoU Part 1 Firefly Edition packages today have posted photos of the box being damaged and bent upon delivery. Given that the Firefly Edition is a $100 collector’s item, many are disappointed and shocked by the flimsy packaging used by PlayStation Direct, the only official outlet for the product.

As a collector and massive LoU fan, this is severely disappointing. @AskPlayStation 🤬 pic.twitter.com/ybcUlUgQry

As shown above, Twitter user @Porshapwr (otherwise known as Ains), who is the Head of Seasoned Gaming, found his copy bent along the corners and in a simple, yellow, undersized envelope with not a lot of padding. Other users have replied to the message above, as well as this extra self-quoted tweet, who have had the same experience with their boxes of the game.

One user named @Tactica1_Gamer has uploaded a video showing a copy of the Firefly Edition being dinged in many places. Another user @isiahgamer65 even reports water damage. On top of that, evidence from various tweets here, here, here, here, and here (whew!) suggest that this problem is likely more widespread than it appears. Unlike some others who received the item inside another box that protected it from external damage in transit, the yellow envelope has been used several times instead.

Even worse, Ains in another tweet reports that he has attempted to contact Sony support and, after 45 minutes between two agents, was told that “there was no option for replacement.” He could return the item if he wanted, and he could accept a 20% voucher for a future game order. That was basically it. A user on Resetera named RayCharlizard, whose Firefly Edition reportedly came with the PlayStation quality seal broken, attempted to get a replacement copy on the PlayStation Direct website. But as it’s out of stock, with many copies being nabbed by scalpers yet again, the only option was to ask for a refund.

In other news, a UK authority has said that the Activision Blizzard acquisition could weaken PlayStation, and Hogwarts Legacy will grant players special items for linking to a Harry Potter Fan Club account.