Home Gaming New Splitgate Game Releasing in 2024 at the Earliest 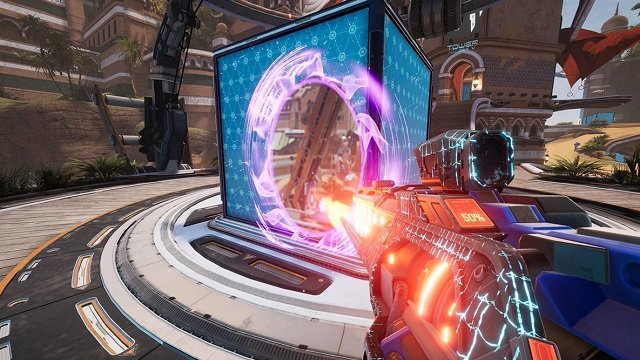 Ian Proulx, CEO of 1047 Games, has revealed that the new Splitgate game is “a big undertaking and will not release in 2023 or 2023” in a Reddit AMA. This makes 2024 the earliest that it will release from what we know so far. It’s unclear if the game will be called Splitgate 2 or something with the Splitgate name, but it’s been confirmed that it will at least be set in the Splitgate universe. The AMA was made as part of the developer’s announcement on Twitter that Splitgate feature development would be ending so that it can focus all its efforts on the new game.

Important announcement from 1047 Games about the future of Splitgate: pic.twitter.com/5E0YG1DWQm

The developer promises that the new game will not stray too far from Splitgate as it will also be a free-to-play portal-based shooter. At the same time, it wishes to make a game that “no shooter fan will be able to ignore,” according to the FAQ on this announcement. To that end, the new game will be built on Unreal Engine 5 instead of Splitgate’s Unreal Engine 4.

Also in the FAQ, it is revealed that the player’s “efforts and time” in Splitgate will be rewarded in the new game too. How that will work has not been decided yet.

In the Reddit AMA, Proulx shares that he had ideas for the game privately for a year and that the staff, which now consists of 100 team members since last week, transitioned to working on it in early July. When asked if the studio will find a publisher this time around, he responded by saying that it will stay “most likely independent.” Otherwise, Proulx remains tight-lipped on the game’s mechanics, campaign, and PvE mode, though “lore will be a much bigger part of the next game.”

1047 Games ensures that Splitgate will still receive iterative, smaller updates and bug fixes for the foreseeable future. Its online servers will remain on, with the developer having no current plans to take them down. But there may “come a time when [its] stance needs to change.”

In other news, an easter egg in The Last of Us Part 1 pays tribute to a dev who passed away, and new God of War Ragnarok gameplay showcases upgraded combat mechanics.