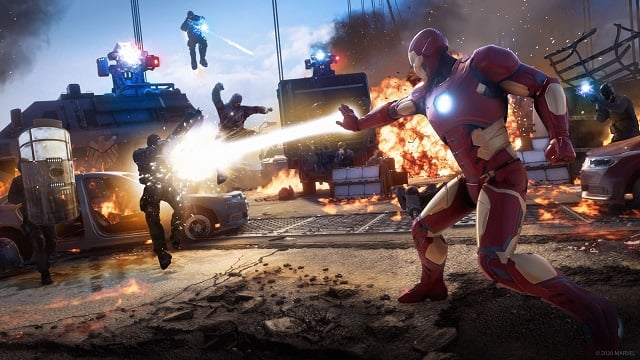 Following months of rumors, Square Enix and Crystal Dynamics have announced that they’re sunsetting Marvel’s Avengers in September 2023, following which the game will be de-listed. Existing owners will be able to continue playing multiplayer for the foreseeable future. However, the companies have made no promises that servers will remain online indefinitely.

Although it’s being de-listed in September, Avengers’ final content update (2.8) will become available on March 31, 2023. After this, no new content will be added and there won’t be any further patches. According to reports, all the content that was in development, including She-Hulk, has been cancelled.

After the final update, Square Enix will pull the plug on Avengers’ in-game marketplace and players will no longer be able to purchase any Credits. Players’ remaining Credits balance will be converted into in-game resources for future use.

Starting March 31st, Avengers’ Marketplace, Challenge Card, and Shipment cosmetic content will become free for all players who own a copy of the game. “Gifting the full library of Marketplace cosmetic content is a way to thank our community by letting everyone experience the breadth and depth of content in Marvel’s Avengers,” Crystal Dynamics wrote.