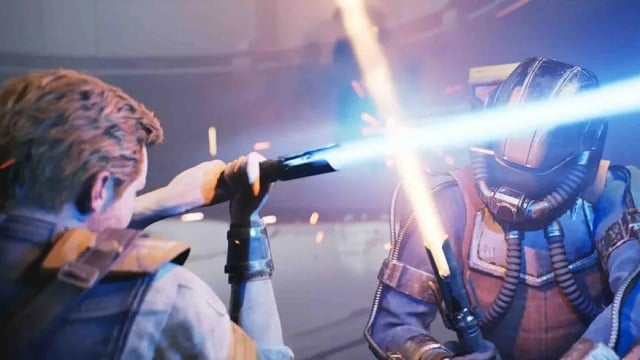 A new job listing for Respawn’s upcoming Star Wars game hinted that it may have multiplayer. Given that both Star Wars Jedi: Fallen Order and Star Wars Jedi: Survivor are strictly single-player games, this would be a notable change in direction for the developer as far as its Star Wars games are concerned. That said, Electronic Arts is known for pushing for multiplayer when it comes to the first-person shooter genre.

Job listing mentioning multiplayer has been removed by Respawn

The Senior Gameplay Software Engineer position that’s currently open at Respawn Entertainment for the intentionally vague “Star Wars FPS” team had an interesting bullet point. Underneath the “Desired Qualifications” header, the developer said it was looking for someone who has “experience working on a multiplayer game,” according to Insider Gaming.

That bullet point, however, has been removed since then. (I can also report that the bullet point was there before it was changed.) Now the qualifications section only says that they want someone with experience with an FPS and with consoles. Huh, interesting.

The fact that it was scrubbed could mean that the mention of multiplayer is a legitimate mistake, but given the recent reporting, it could be a clue that multiplayer is indeed planned for this Star Wars FPS game.

Electronic Arts, Lucasfilm Games, and Respawn Entertainment announced the Star Wars FPS game in 2022, with game director Peter Hirschmann at the helm. He stated at the time that this was “a dream come true” for him, as it will tell a story that he has “always wanted to tell.” Meanwhile, Disney has said that it wants a new Star Wars game to release every six months.

Skull and Bones Pre-Orders Refunded, No Longer on Sale in PS Store