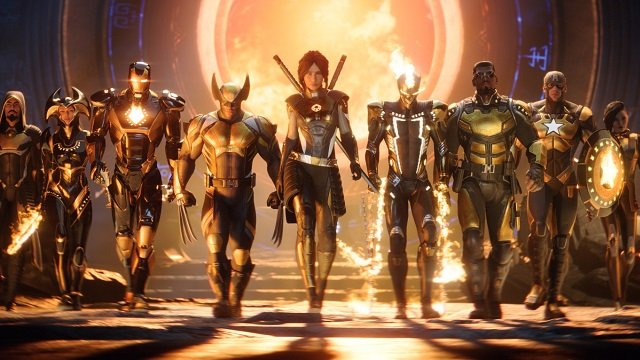 Update: The screenshot of the release date below has been replaced with the gameplay trailer.

The new one-minute trailer posted above shows off combat that isn’t based on a grid like X-COM or Wasteland 3. Instead, the field looks very open with many abilities targeting an area of effect and characters looking like they can move however they want on the playing field, while on land at least. The brief trailer also reveals dialogue options as well as daily sparring, which will likely build your team’s stats or upgrade their cards in some way.

An animated teaser that looks like the intro to the classic X-Men intro features Doctor Strange, Wolverine, Blade, Ghost Rider, Magic, Iron Man, Captain America, Scarlet Witch, Captain Marvel, and Spider-Man. Whew, is that all? New prequel shorts for the game is scheduled to air on October 31.

Marvel’s Midnight Suns was delayed again in early August, moving the October 7 release date to an unspecified release window of FY 2023. Luckily, this new December release date has finally set a date that looks ready for the holiday season.

In other news, the PS5 is the UK’s best-selling console in 2023, and Vampyr Studio Don’t Nod is co-developing a new action-RPG.