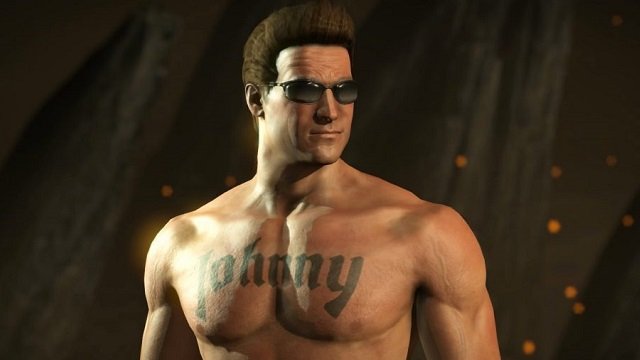 Possible development of Mortal Kombat 12 has been teased by Andrew Bowen, the voice actor for Johnny Cage in Mortal Kombat 10 and 11, in a six-second video he posted on Twitter. News of the game’s production wouldn’t be too surprising, as this would fall in line with a seemingly staged leak for the game from a NetherRealm Studios developer in January.

The very brief clip starts with Bowen panning down from the iconic WB tower before revealing that he’s standing in the studio’s parking lot. The voice actor has had a habit of doing similar videos on Twitter within the last 12 months, particularly one in April this year and one in September last year. These two tweets feature three emojis of a fist, an explosion, and a sunglasses-smile that taken together typically refers to him working on something related to Johnny Cage.

This recent tweet, though, does away with those three emojis and instead comes paired with an interesting musical snippet with spoken dialogue: “Every deadly technique. It’s savage combat.” Some have said that it’s reminiscent of the announcer in Mortal Kombat 2, but the quote is actually from an official Bloodsport movie trailer. Since Johnny Cage is based off Jean-Claude Van Damme and the snippet specifically has the word “combat” in it, this seems to suggest that Bowen is doing recorded material for Mortal Kombat 12.

However, there are other possibilities for what Bowen is teasing. It could be Johnny Cage being included in the roster for the upcoming Smash Bros.-like fighter MultiVersus also by Warner Bros. Interactive, or it could be an entirely new game by NetherRealm Studios that we know nothing about.

The last time we heard about Mortal Kombat 12 was an apparent staged leak by NetherRealm Studios’ Jonathan Andersen who deliberately posted an image on Twitter with a reference to Mortal Kombat 12 on his desktop, before he deleted the tweet altogether.

In other news, Sony is reportedly set to announce two “Perfect for PS5” gaming monitors, and Activision Blizzard has scrapped plans for the remakes for Tony Hawk’s Pro Skater 3 and 4.

How To Connect PS5 Controller to PC Wireless and Wired