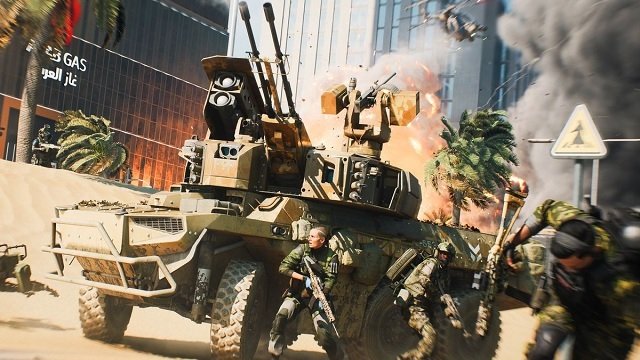 Next Battlefield 2042 Update Will Bring 400+ Fixes and Improvements

The next Battlefield 2042 update will be an extensive one, with over 400 bug fixes, improvements, and quality-of-life changes. According to EA community manager Kevin Johnson, update 4.0 will go live next week and complete patch notes will be available in due course. In the meantime, he offered an overview of what’s coming.

Update 4.0 will feature improvements for Rao, Paik, and Sundance. In terms of gameplay, vehicular warfare will be rebalanced and attachments will be overhauled. Here’s a rundown of what to expect as explained by Johnson:

Update 4.0 for #Battlefield 2042 is set to go live next week, with the Patch Notes going live at the start of that week too.

There are over 400+ Individual Fixes, Bugs, and QoL Improvements to go through next week.

Here are some key bits until the Patch Notes go live. pic.twitter.com/vh1VZV5Y76

In other news, it looks like Ubisoft Massive’s Star Wars project will be cross-gen, and The Last of Us HBO actor Pedro Pascal has shared his thought on the game.