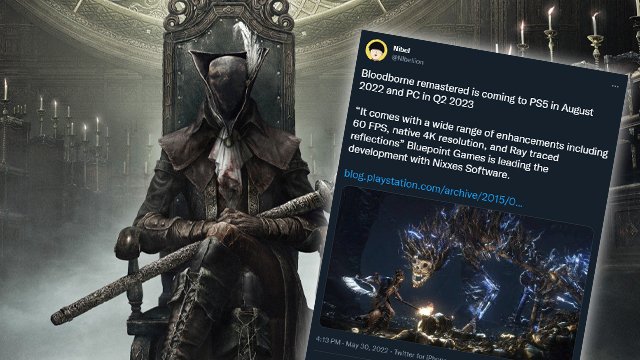 A fake tweet implying that Bloodborne Remastered had been announced for the PS5 has successfully fooled Twitter today, swiftly causing the game to trend on the social network before promptly disappointing From Software fans.

Fans have been impatiently awaiting a Bloodborne PS5 remake for years now, with many hoping that the game is on the horizon now From Software has moved on from Elden Ring. This anticipation ensured that a fake — but initially convincing — tweet was able to garner a great degree of traction, with a user posing as the popular gaming-focused Twitter account Nibel fooling Soulslike fans.

“It comes with a wide range of enhancements including 60 FPS, native 4K resolution, and Ray traced reflections” Bluepoint Games is leading the development with Nixxes Software.”

The tweet then included a link to a PlayStation Blog post, implying that the quote had been lifted from the link. However, the PS Blog post actually dates back to 2015 and the PS4 release of Bloodborne, but not before many excitedly shared the tweet without clicking the supplied link. 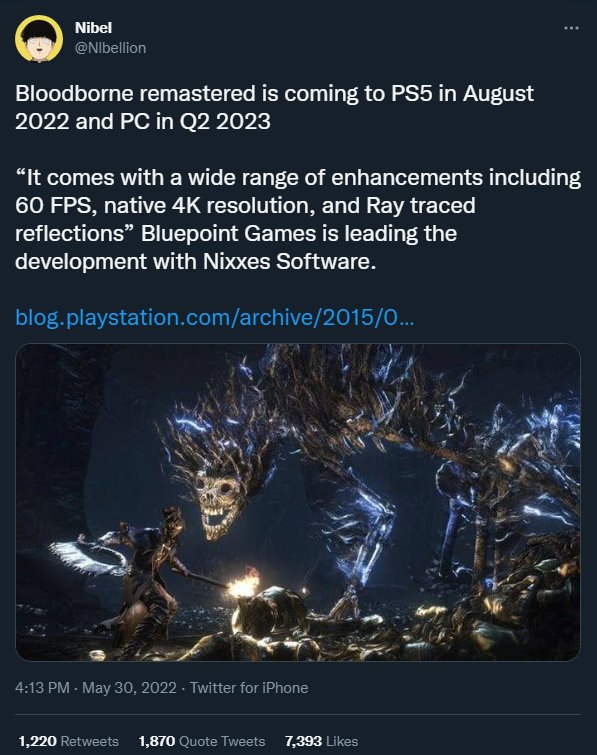 After the tweet started garnering thousands of interactions, the real Nibel posted the following:

No, I do not have any Bloodborne news for you today

Of course, given how much Bloodborne fans want to see the game re-released on PS5, many found themselves duped by the tweet and expressed their pain after being fooled:

Goddammit I got got lol. No bloodborne remastered, my hopium made me too weak

Considering we’ve already had a Demon’s Souls remake on PS5, it feels like it’s a matter of time until Bloodborne receives the remastered treatment. However, today will not be the day we get that announcement.

In other news, it has been reported that production of the PSVR 2 will begin later this year and that a virtual reality Killzone game may release alongside it.

PS How? How To Disable PS5 Rest Mode

How To Upgrade PS Plus to Extra or Premium – PlayStation LifeStyle