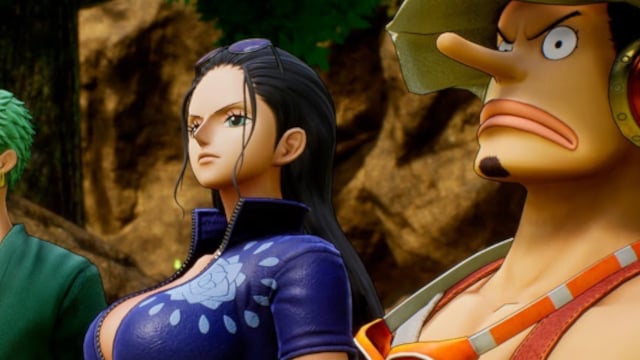 Ahead of the One Piece Odyssey release date on January 12, eager players on PS5, PS4, and Xbox will be able to access a demo that will offer a taste of the game’s opening moments.

Producer Katsuaki Tsuzuki appeared in a new game trailer to reveal that the One Piece Odyssey demo is launching on January 10. According to Tsuzuki, it will feature the “first 1-2 hours from the start of the main game.”

The demo will “include Luffy and his crew members landing on the mysterious island called Waford, meeting Lim and Adio at the beginning of the game giving you an introducing to this work, the purpose of the adventure and an experience of the basic game system.”

For those who play the demo and want to buy the full game, it will be possible to transfer save data from the demo to the full release. This means that players won’t have to replace the beginning twice.

It’s been 10 months since One Piece Odyssey was revealed with an announcement trailer. Fans don’t have much longer to wait!

Wondering if the previous One Piece game was any good? Check out the One Piece: Pirate Warrior 4 review for PS4 here.