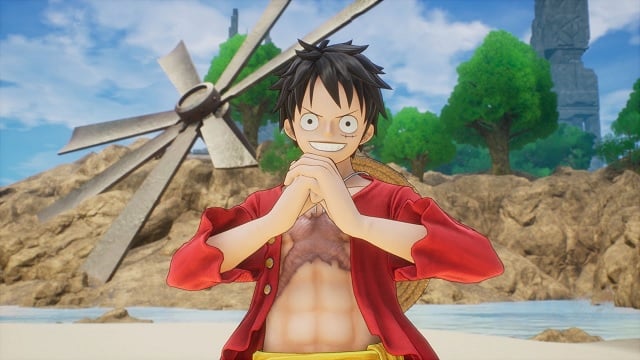 Ahead of the game’s release later this week, a free One Piece Odyssey PS5 and PS4 demo is now available from the Playstation Store. The demo allows players to try out the first part of the game with all progress being transferred to the main game when the player purchases it at a later date.

What’s in the One Piece Odyssey PS5 and PS4 demo?

The demo lets players get to grips with “the first part of the main game”. As such, players will start out on their journey as pirate Straw Hat Luffy and fellow members of the Straw Hat Crew as they find themselves stranded on a mysterious tropical island in the middle of the New World. Luffy finds himself separated from the others and sets out to find them while trying to discover a means to escape the island and its raging storms. The crew will meet a variety of brand-new characters created by Eiichiro Oda, including the “cheerful” Adio, and players will assume the role of several characters throughout the game.

Players will be able to transfer their One Piece Odyssey demo progress to the full game when they purchase it on PS5 or PS4. The game is due to be released on January 13, but for now, the demo can be downloaded from here.